Fiona thanked for her 'tireless advocacy' for Leah Sharibu 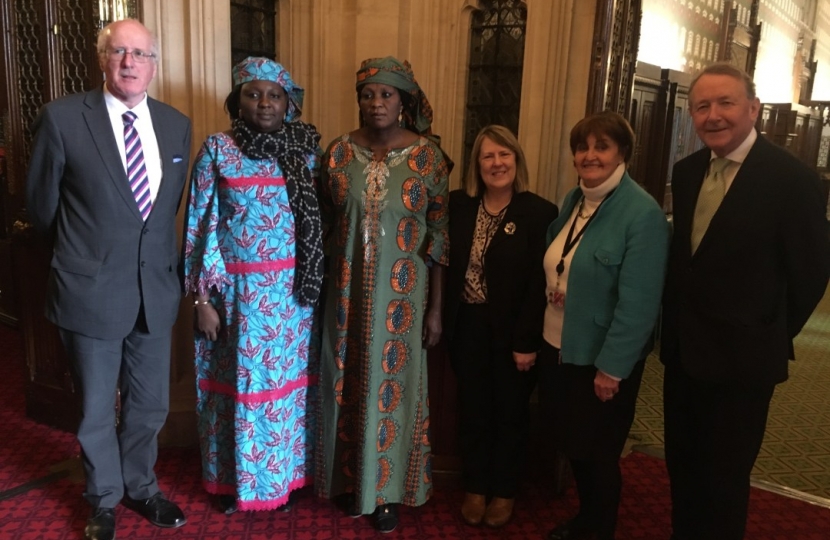 Fiona has recently received a letter from Ayo Adedoyin, CEO of the International Organisation for Peace Building and Social Justice UK.

In his letter Mr Adedoyin thanked Fiona for "the ways in which [you] have consistently and tirelessly advocated for the involvement of the British Government in securing the release of Leah Sharibu and the many others held captive by Boko Haram."

"I am most especially grateful that you have, without ceasing, insisted that the British Government should not turn a blind eye to that which is going on and continually apply pressure on your peers within Parliament to apply pressure on the Nigerian Government.

Leah was the sole Christian among 100 schoolgirls abducted by Boko Haram in February 2018, and is the only girl remaining in captivity following her refusal to renounce her Christian faith.

Earlier this year Fiona had the pleasure of meeting Rebecca Sharibu, Leah's mother, in the House of Commons, pictured above, in her capacity as a Vice-Chair of the All Party Parliamentary Group on Freedom of Religion or Belief and continues to support calls for Leah's release.