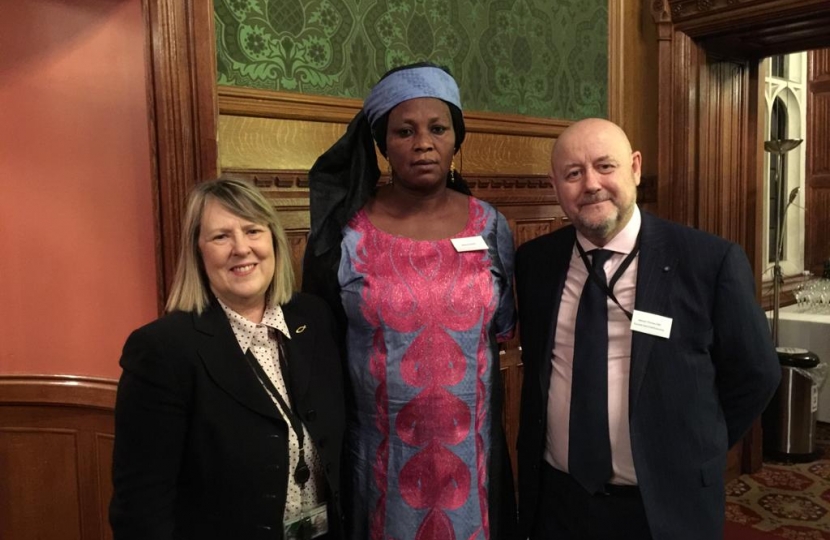 His comments came after she raised the plight one of the Nigerian schoolgirls who was kidnapped by the Boko Haram back in 2018.

Leah Sharibu is the sole Christian out of the 110 abducted – and the only one still in captivity, due to her refusing to renounce her Christian faith as a precondition for release.

“Does the Leader of the House share my concerns about the need for Leah’s plight to be raised with the Nigerian authorities to secure her release?” Fiona questioned.

In response, Mr Rees-Mogg thanked her for:

“Raising a grave and important point and for her continued efforts to campaign for the rights of Christians and religious minorities. She is one of the House’s true champions of religious freedom across the world.

“The plight of the young girls kidnapped by Boko Haram in Nigeria has caused horror around the world.” He went on to explain, “The Government wholly condemn the terrorist group’s attacks in north-east Nigeria in recent years and have offered the Nigerian Government a range of technical support to help improve the local security forces’ capacity for responding to the terrorist threat.”

He promised to pass on her concerns to the relevant Minister.

“It was a privilege to raise Leah’s plight as I know governments across the world take note of what is said in our Parliament, and particularly since Leah’s freedom has been the subject of a petition signed by very many people from churches across Congleton.”