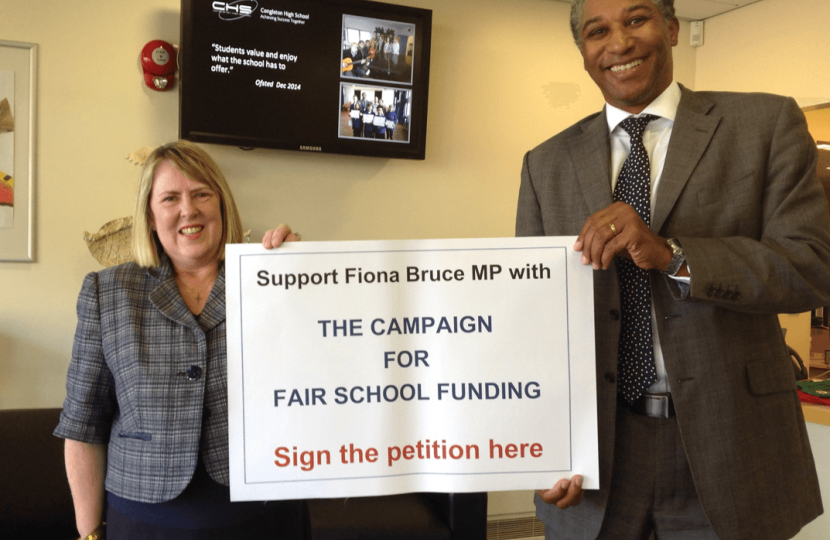 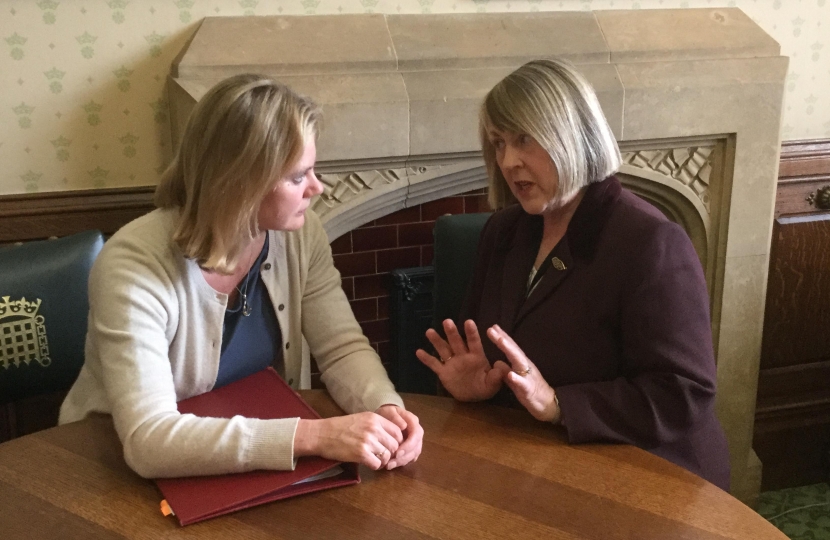 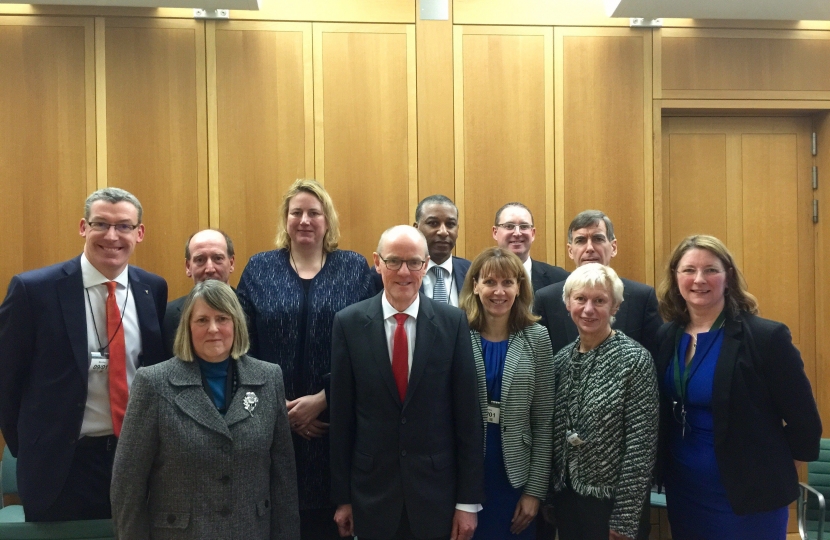 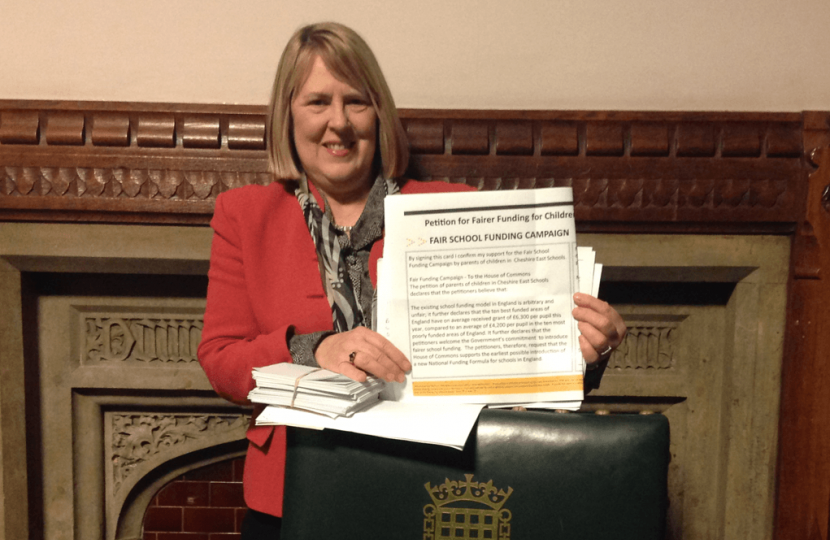 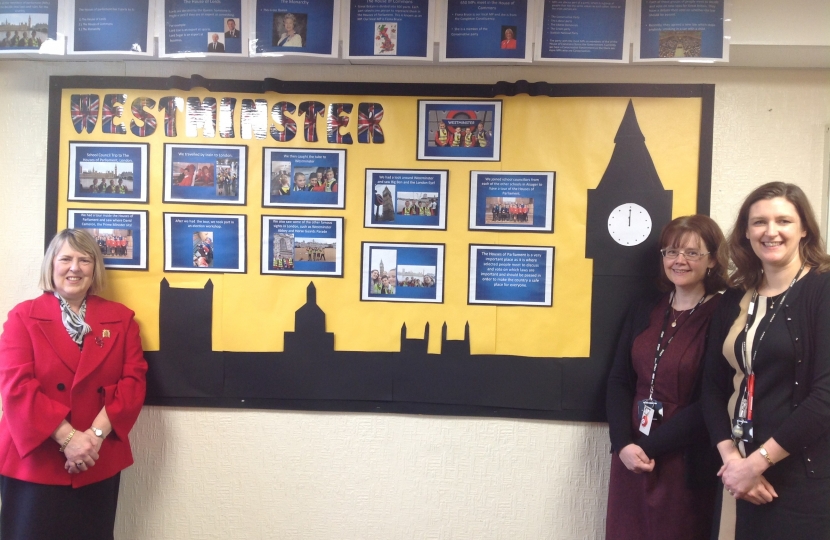 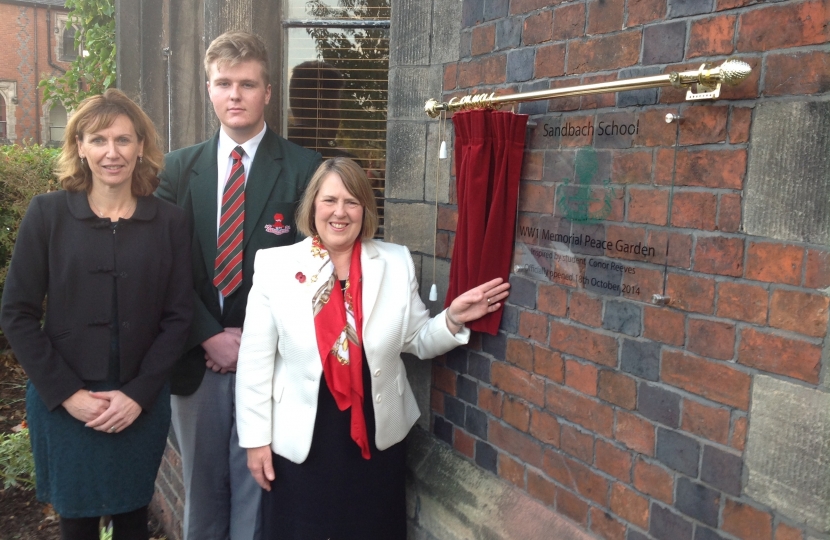 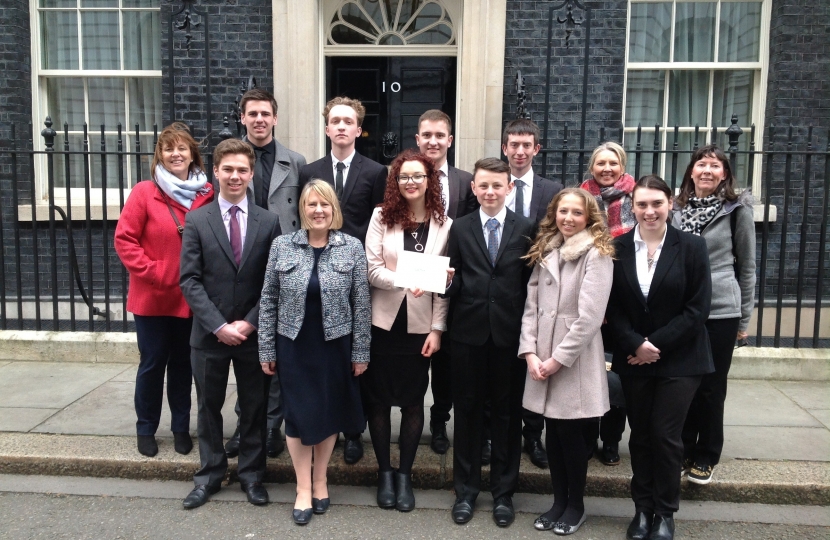 In 2017, together with local Head Teachers, Fiona secured a significant victory on school funding - with funding for secondary school pupils' education rising to the £4,800 per pupil minimum which she had campaigned for, and the Government announcing in total an extra £1.3bn per year into school budgets.

Pictures above: (1) Fiona campaigning for Fairer Funding for local schools, with David Hermitt, Headteacher at Congleton High School; (2) Fiona speaking with the Secretary of State for Education about local schools funding plans; (3) Fiona Bruce leading a delegation of local headteachers and others to discuss issues with funding plans for Cheshire schools, with the Government's Schools Minister Nick Gibb; (4) Presenting a petition on Fairer Funding for local school, in 2015; (5) Meeting with local teachers.

Fiona has strongly argued in Parliament for better funding for local schools, making it very clear to both the Schools Minister Nick Gibb and the then Secretary of State for Education Justine Greening that current funding proposals for schools in this area are wholly unsatisfactory. Indeed, schools have been underfunded for years, and need an increase not a reduction. Click here for one of Fiona's speeches in the House of Commons on this issue.

Fiona has visited schools regularly across the constituency to talk to students, and explain her role and the value of democracy, and has welcomed hundreds of school children to Parliament.

Sandbach School's Design & Technology (D&T) Department has been taking part in a national effort, working alongside the Design and Technology Association, to manufacture and supply equipment to essential services.

Speaking in the Commons this week Fiona Bruce MP lambasted the Government on behalf of head teachers in her constituency for school funding shortages saying:

"What a lovely time I had once again at Middlewich Primary School in Parliament Week - I was really impressed with the knowledge about democracy of the pupils there!"

"Well done to Julie Barker, Musical Director of Middlewich High School Community Choir, and to the whole choir, on a super Summer Concert. The choir gets better every time I hear them!"

Fiona has congratulated Eaton Bank Academy for being awarded with the ISM Trust's Silver Certificate in Music for 2018.