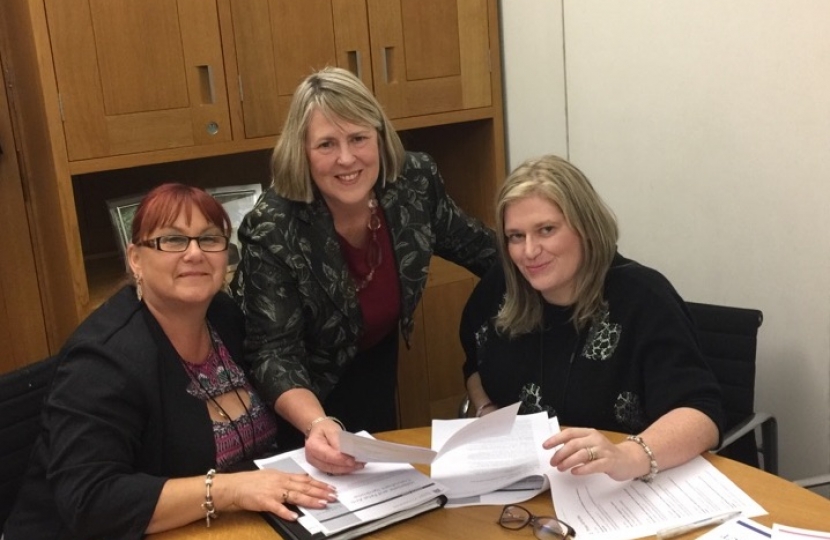 Fiona Bruce today welcomed in the House of Commons the statement of Nadine Dorries MP in response to the publication of the Independent Report on the Safety of Medicines and Medical Devices, “First do no harm.”

Fiona Bruce has supported campaigners for many years for justice on this issue – taking Valproate in pregnancy to treat epilepsy  risks abnormalities in the child subsequently born -  and speaking in the House of Commons today following a clear apology by the Health Minister by Nadine Dorries MP about errors and oversights by Health Authorities going back many decades, confirmed within the Independent Report Chaired by Baroness Cumberlege

Speaking in the House of Commons today, Fiona Bruce said:

“As vice-chair of the all-party group on valproate and other anti-epileptic drugs in pregnancy, I thank the Minister for her tone today. Does she agree that it is shocking that the Committee on Safety of Medicines as long ago as 1973—this is the predecessor of the Medicines and Healthcare products Regulatory Agency (MHRA)—was clearly aware of the risks in pregnancy of the use of anticonvulsants? It said that they are liable to produce abnormalities. Over that period of time, 20,000 children could have been affected. There are families, such as those of Janet Williams and Emma Murphy, who have campaigned tirelessly—I pay tribute to them too on this issue—who now have to care for those children, potentially for their entire lives. Much more support is needed for those children from local authorities and health authorities. It has not been given until now as a result of the lack of recognition of the link between, and risks of, anticonvulsants in pregnancy and abnormalities. Will the Minister, when she meets us, focus on ensuring that that issue is taken forward so that more support can be provided?”

Speaking after the publication of the Report Fiona Bruce said:

“This is a landmark Report which highlights the importance of patients being listened to by Health Authorities – and I am hopeful going forward that the Health Minister’s determination as she stated in the House of Commons today to make changes so that this happens effectively means that never again do campaigners like Janet Williams and Emma Murphy who I’ve worked with for just a few of the many years they have campaigned for justice on this issue will in future have to work as hard and sacrificially as they have done to get their voices heard. These remarkably brave women campaigned for decades as the Cumberlege Report states, to achieve an acknowledgement of their concerns, “resorting to the media and politicians to take up their cause because the healthcare system did not.”

Speaking with Fiona Bruce today and thanking Fiona for her support in this long campaign, Emma Murphy and Janet Williams said:

“After 8 years of Campaigning at Parliament we are delighted with the recommendations from the Independent Medicine and Medical Devices Review.  We are pleased to see that the Review not only took on board our Evidence found at National Archives but most importantly acknowledged the many heartbreaking stories from families that have been affected by Sodium Valproate, which highlighted how women in particular have felt ignored and dismissed from Healthcare Professionals, despite them knowing something was wrong with their child.  An apology has been a long time coming. We now look forward to meeting with the Minister and Department of Health and working with them to ensure the Recommendations are fulfilled.”

Fiona Bruce MP concluded "This kind of concern is why I am in politics."