Fiona raises questions on the ongoing crisis in Eritrea 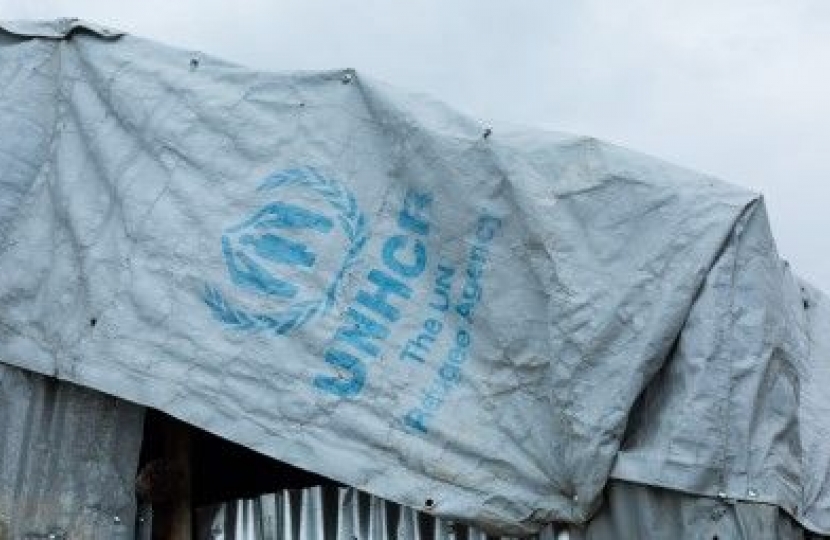 Fiona recently tabled a series of Written Parliamentary Questions to the Foreign, Commonwealth and Development Office regarding the ongoing crisis in Eritrea, particularly relating to the Preventing Sexual Violence in Conflict Initiative and UN investigations, as below.

To ask the Secretary of State for Foreign, Commonwealth and Development Affairs, what progress he has made in deploying UK Preventing Sexual Violence in Conflict experts to Eritrea.

Answering on behalf of the Foreign Secretary, the Minister for Africa, James Duddridge MP said,

"We are appalled at the prevalence of sexual violence in Tigray. We have raised this issue in a variety of multilateral fora, including the G7.

To strengthen justice for survivors of conflict-related sexual violence, we are finalising the deployment of personnel from the Preventing Sexual Violence in Conflict Initiative UK Team of Experts. We are signing contracts and hope to deploy within the next few weeks. Recommendations from an initial scoping mission will outline options for supporting the Government of Ethiopia, the Ethiopian Human Rights Commission (EHRC) and other key stakeholders to safely collect and preserve evidence, and bring the perpetrators of sexual violence to justice. We continue to explore options for addressing the immediate needs of survivors, preventing further sexual violence and delivering justice and accountability. The UK is also supporting the International Committee of the Red Cross, UN agencies, specialised NGOs and civil society partners to provide adequate essential services to survivors as well as supporting refugee survivors through the UN High Commission for Refugees."

To ask the Secretary of State for Foreign, Commonwealth and Development Affairs, what steps the UK is taking in Eritrea to help ensure that UN investigators have the necessary access to conduct an assessment of atrocities.

To ask the Secretary of State for Foreign, Commonwealth and Development Affairs, what support his Department is giving to the UN Office of the High Commissioner for Human Rights to help ensure that that agency's joint investigations with the Ethiopian High Commission into atrocities in Eritrea are (a) independent, (b) transparent and (c) impartial, and whether those investigations address specifically the situation of ethnic and religious groups.

"We are appalled by systematic killing of civilians, widespread rape, including of children, indiscriminate shelling and the forcible displacement of ethnic Tigrayans. Those responsible for such abuses and violations need to be held to account.

We welcome the joint Enquiry of the Office of the UN High Commissioner for Human Rights (UNOHCHR) and the Ethiopian Human Rights Commission (EHRC) into human rights violations and abuses in Tigray, and continue to press for unfettered access to the region and victims. Investigators must be given unhindered access to Tigray, be able to speak to the victims of the religious and ethnic groups most affected, and allowed to report their findings in full. We have lobbied in Asmara for Eritrean cooperation with the UNOHCHR Joint Investigation. The EHRC has previously shown its willingness to act independently and must continue to do so through the joint investigation, which we judge is the most credible prospect available for holding the perpetrators of atrocities in Tigray to account. The UK will therefore support the UNOHCHR to ensure that their joint investigation into atrocities in Tigray with the EHRC is independent, transparent and impartial. We will also continue to press the Eritrean government to cooperate with the Special Rapporteur on the human rights situation in Eritrea to enable him to fully carry out his mandate.

The UK further welcomes the proposed African Union Commission for Human and Peoples' Rights, calls for the Government of Ethiopia to allow access to this inquiry and is in touch with the African Union on how we might support this effort."

Fiona is Co-Chair of the All Party Parliamentary Group on Eritrea and recently raised this issue in a debate on the UK's Preventing Sexual Violence in Conflict Initiative - Fiona's speech from that debate can be accessed here.