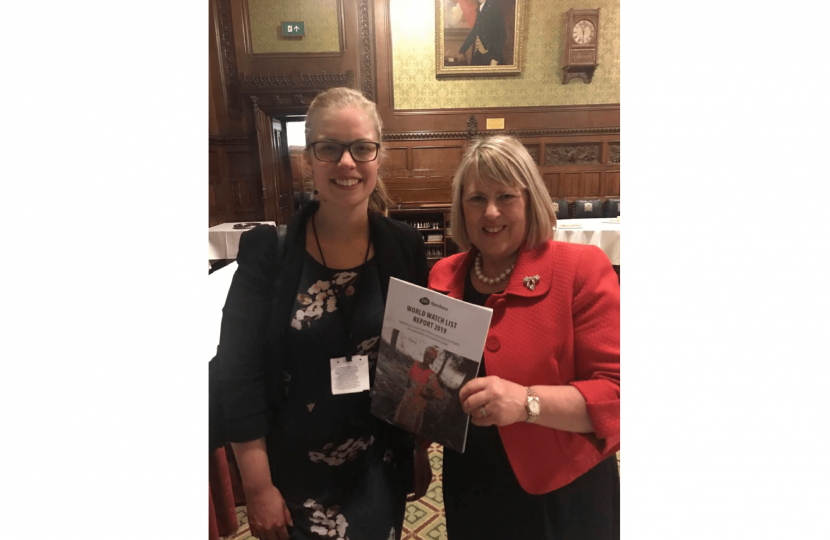 Fiona was delighted to be invited to the Foreign Office today to participate in the review into global persecution of Christians announced by the Foreign Secretary recently.

Fiona said at the meeting:

"This is an issue which some Members of Parliament, including myself, have been raising for a number of years, and have been pleased at the increasing interest of the Foreign Office over those years, and particularly that the Foreign Secretary himself is now taking such an interest.

Conflict across the world, on the basis of faith difference, is a major cause of refugee displacement, extreme poverty and violence, and it is critical that everything is done to address religious differences as a cause of such issues, so that they can be prevented, or exacerbation reduced, wherever possible. For this reason, I impressed upon the Foreign Secretary at our meeting the importance of engaging with the Department for International Development on this issue in the course of this Review, a Government department which spends huge amount of UK Aid money, but has over recent years been much slower than the Foreign Office at recognising the extent and effect of religious persecution, particularly the persecution of Christians, across the world. This has to change."

Fiona also attended the launch of the charity Open Doors’ Annual World Watch List in the House of Commons – at the request of several constituents – which highlights the countries across the world which have high levels of religious persecution and how, as it states, ‘religious persecution exacerbates the vulnerabilities of marginalised groups’ and is worsening to affect no less than 245 million Christians across the world – a substantial increase over the past three years.