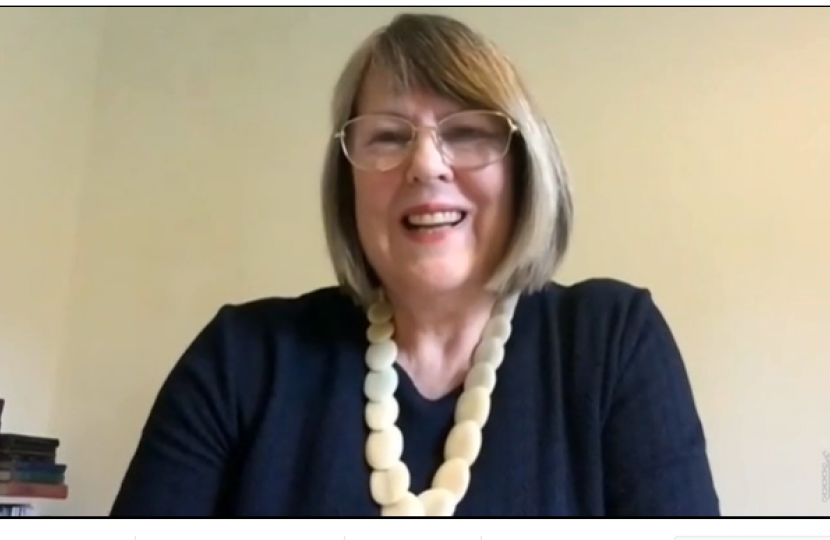 Speaking in the House of Commons this afternoon, Fiona highlighted a range of pressing international concerns. Fiona's full speech can be read below.

One aspect of my role as the Prime Minister’s special envoy for freedom of religion or belief is to represent the UK on the International Religious Freedom or Belief Alliance, which comprises 33 like-minded countries committed to championing FoRB. The UK has led the way in securing a statement from alliance members published today on the gov.uk website. Time precludes me from reading it all, but extracts read:

“We stand in solidarity with the victims of human rights violations by the Myanmar security forces. People of all faiths and beliefs have come together to condemn the military’s actions since the 1 February 2021 coup.

Faith actors have played prominent roles in the anti-coup movement, including by supporting human rights defenders and vulnerable communities. As a result, some have been subjected to inhumane treatment by the military regime. We remember those who have been killed and call for the release of all those unjustly detained…

We condemn any attack on places of worship… and support all”—

Such expressions of support mean a lot to people suffering on account of their faith or beliefs; they know they are not forgotten.

I thank the alliance member countries supporting this statement and our hard-working Netherlands chairman, Jos Douma, with whom it is a pleasure to work. I also thank my parliamentary FoRB team and the Foreign, Commonwealth and Development Office FoRB team for their support for my role. This week, we celebrated the launch of new training materials for all FCDO staff titled “Religion for International Engagement” to bolster understanding of faiths and beliefs and make the UK stronger in its work as a force for good globally. For me it was a moving moment, having previously chaired a report by the all-party group on religious education calling on Government to improve religious literacy across departments.

Let me take my envoy hat off now and speak as co-chair of the all-party group on North Korea. We published an in-depth report this week on human rights violations in North Korea, to ensure that the 2014 UN commission of inquiry report remains a live document.

Our report updates the litany of atrocities meted out by the North Korean regime on its own people: murder, torture, sexual violence, rape, human trafficking, forced abortions, infanticide, slavery, persecution, inhumane punishments and more. Time precludes me from going into detail. I hope to secure an Adjournment debate. The full report can be found at appgnorthkoreainquiry.com, but I urge colleagues today to support the early-day motion I have tabled this afternoon. I thank all those who helped produce this report, particularly the inquiry’s lead adviser, Dr Ewelina Ochab.

Turning to Nigeria, we must not forget the victims of horrendous violence there. We hear of attacks, of the complete breakdown of law and order, and of rural communities suffering. Here is one quote from a reliable source:

“These continued attacks are causing horrific suffering and long term instability… The village was attacked again last night, more homes burnt down and a third church set on fire. No government security forces to protect the village. Several people hacked to death and bodies burnt.”

In response, I cannot improve on the well-chosen words of the Bishop of Truro:

“So, what is happening in the Middle Belt?... I would argue strongly that…it’s about much more than faith, but it’s not about less than that.”