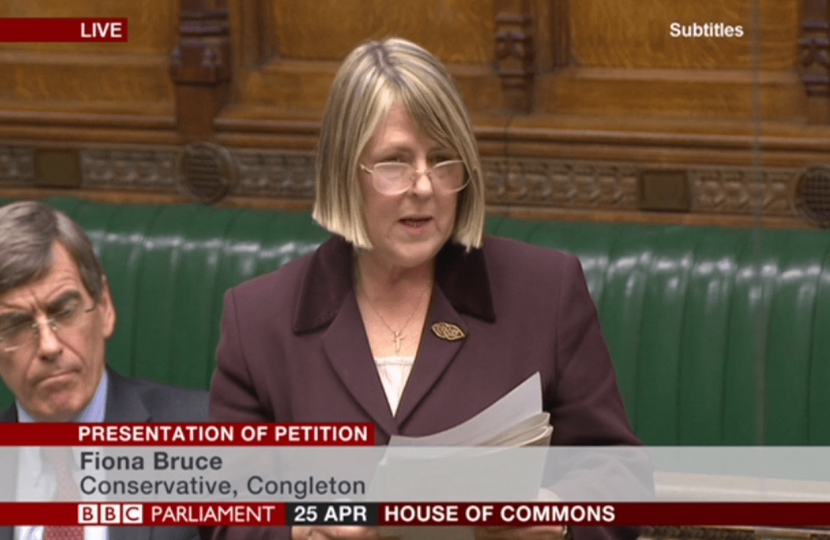 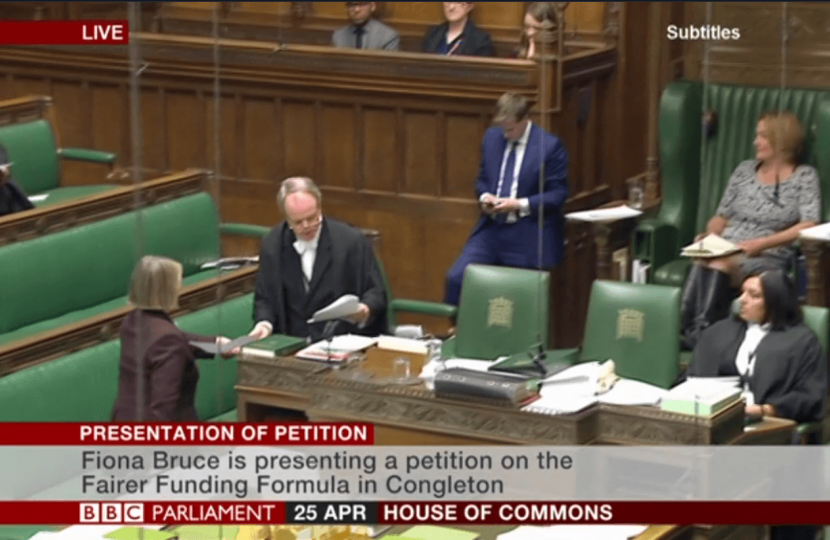 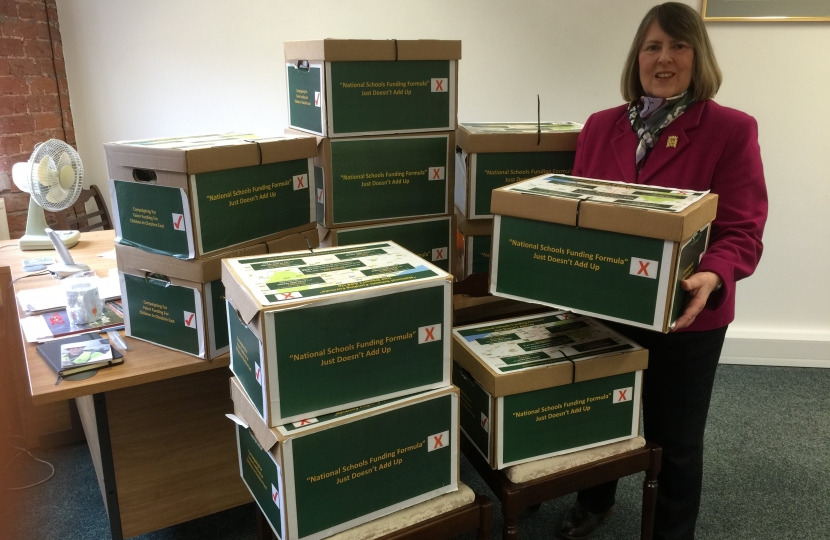 Fiona Bruce MP today presented a Petition of some 1,600 constituents of residents of the Congleton constituency and wider Cheshire East area to the House of Commons.

The Petition declared ‘that current Government proposals for a ‘Fairer Funding Formula’ for schools do not achieve fair funding for pupils in the constituency of Congleton.’

Speaking in Parliament in support of the Petition Fiona Bruce MP said:

‘Pupils in the Cheshire East local authority area would be the lowest funded in the country – a level of funding which local head teachers state would not enable them to provide a standard of education, facilities and support which our pupils deserve. I fully support this Petition.’

Fiona Bruce then read to the House the request of the Petitioners, that the Government:

‘Review the proposed funding formula to reflect a fairer level of funding for local schools, to ensure that children in the local authority area of Cheshire East have the same opportunities as children in similar schools and other local authorities across the country.’

‘Some Members of Parliament present Petitions on behalf of their constituents to the House of Commons, but do not necessarily add their own support. I wanted to add, on the record in the House of Commons, my wholehearted personal support for this campaign. From the very initial announcement by Government of these proposals, I raised the strongest objections with the Education Ministers, and was the first MP to arrange a meeting between the Schools Minister and head teachers from right across my constituency, to ensure their objections were heard loudly and clearly. These proposals are not fair, and must be reviewed and changed. I’ve made it very clear to the Secretary of State for Education personally that I will not vote for these proposals as they stand – Cheshire East pupils deserve more.’