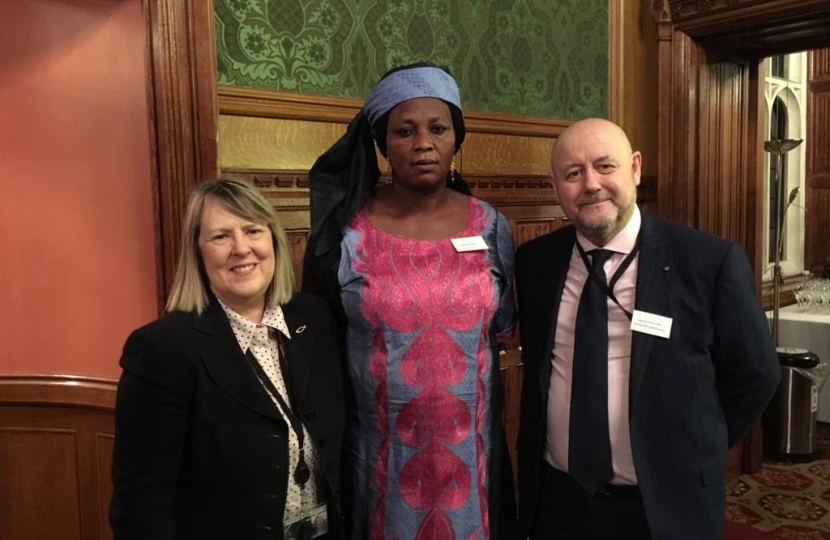 Christian Solidarity Worldwide marked the 18th birthday of Nigerian Christian schoolgirl Leah Sharibu with a global prayer event on 14th May. The virtual event - available here - included contributions from UK Parliamentarians as well as a message for Leah's mother, Rebecca.

Leah was the sole Christian among 100 schoolgirls abducted by Boko Haram in February 2018, and is the only girl remaining in captivity following her refusal to renounce her Christian faith.

Fiona has raised Leah's plight in the House of Commons on several occasions, and was pleased to contribute the following message to the virtual event marking Leah's 18th birthday;

"As a Member of Parliament in the UK and the Prime Minister’s Special Envoy for Freedom of Religion or Belief, on Leah’s 18th birthday I reflect on the strength which she has shown over the last three years during which time she has been held in terrible conditions in captivity.

I am deeply concerned for her welfare and the welfare of all those held by the Islamic State West Africa.

These groups have caused immense suffering to groups in Nigeria and seek to undermine the right to freedom of religion or belief by indiscriminately attacking all those who do not subscribe to their extremist views.

Today I am also thinking of Leah’s mother Rebecca who I had the privilege of meeting more than once, and the mothers and fathers of all the boys and girls kidnapped or killed by terrorist groups in Nigeria.

On the occasions when I have met Rebecca, and speaking as a mother myself, I will never forget the sadness in her eyes as she spoke of her deep loss.

No parent should ever have to fathom the unimaginable distress that mothers like Rebecca have lived with.

So, my thoughts are today with Leah and with Rebecca and all those still held in captivity and their families.

The UK Government remains committed to working with the Nigerian government to help tackle the terrorist threat in North East Nigeria.

We will continue to engage with the Nigerian government in support of urgent action to secure the release of Leah Sharibu and all those still held captive.

And finally in closing may I think Christian Solidarity Worldwide for enabling me to pass this message to Rebecca and her family."