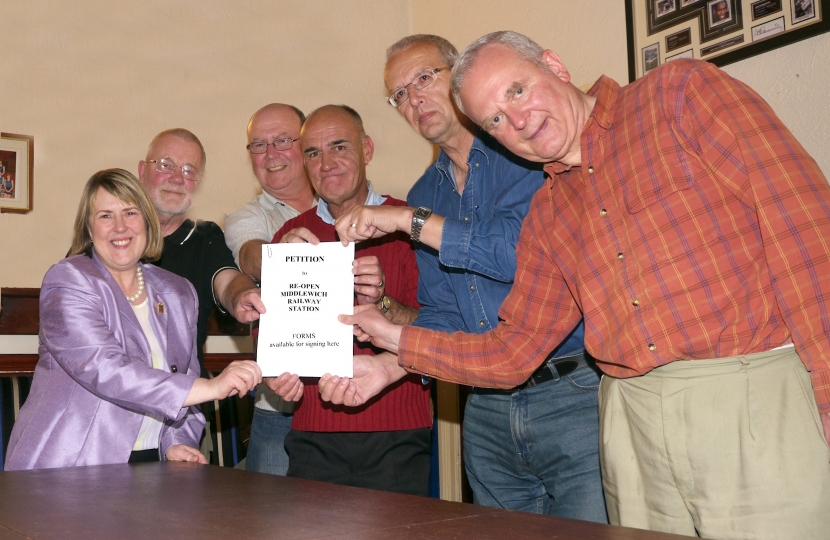 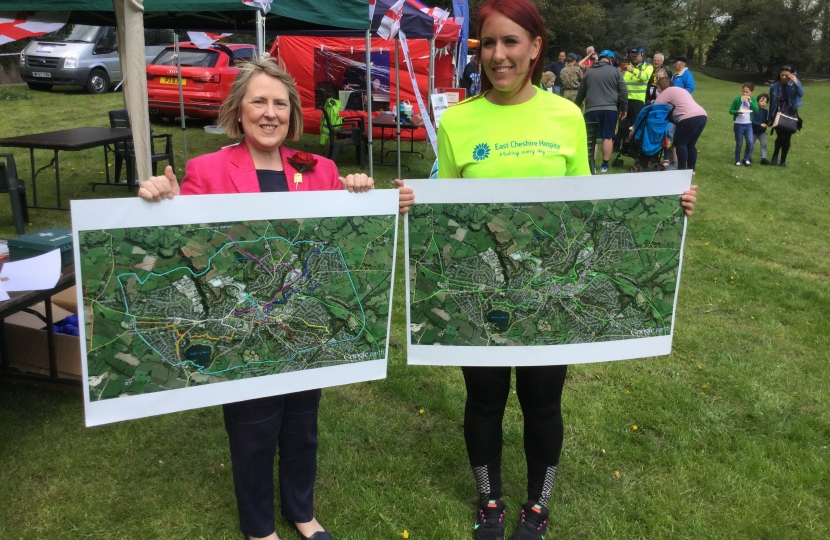 On transport issues, which Fiona recognises are extremely important to her constituents, she successfully worked to obtain over £45m of Government funding to the Congleton Link-Road - one of her speeches in Parliament about this can be found here. Work is now well underway for this major road project - the funds obtained for this constituency from the Government national road funding schools were in the top handful in the country.

Fiona also successfully obtained funding for improvements to Junction 17 at Sandbach. she successfully persuaded Highways England to review their decision not to fund improvements to Junction 17 - she argued that tailbacks towards the southbound carriageway were becoming increasingly dangerous; that, with additional housebuilding planned, it was only a matter of time before there was an accident; and asked them to remodel their plans, which they did, coming back with several millions pounds to improve the junction. More work, however, still needs to be done, and Fiona continues to press Cheshire East Council to address this, in particular to help commuters from Sandbach at peak times.

Fiona was not content on there being funding for just one bypass in the constituency - and has vigorously pressed for one to relieve Middlewich's congestion. Working with Cheshire East Council, she obtained over £1m national funding from the Government for the creation of a business case, now completed, to argue for a Middlewich Bypass. See here for just one of her calls in Parliament for this. Fiona pressed the Government Ministers strongly for the funds to build this bypass and secured £46.8m of Government funding for the Middlewich Bypass, another major road project in the constituency which is now underway.

Fiona has clearly voiced her opposition to the HS2 rail proposals, which she has described as being “an inordinately expensive potential burden on my constituents without any justifiable business case in the current economic climate”. She has never voted for any Government motion for HS2. She campaigned for more Government funding to improve local roads and mend potholes in her constituency of Congleton, and in the year 2015-16 Cheshire East Council received £10.5m to do this.

Fiona has worked for years campaigning for the re-opening of Middlewich Railway Station to passengers. In as long ago as March 2013 she presented a petition to Parliament of 2,000 signatures from residents - a petition she initiated and helped gather - petitioning for the reopening of Middlewich Railway Station to passengers. Fiona enlisted the support of others - more information can be found here. She also obtained the support of Pete Waterman for the the project. Having secured the funding for the Middlewich Bypass, the reopening of the Station in Middlewich is now her primary transport issue, which she will be campaigning vigorously for.

Fiona is also keenly aware of the very long term traffic problems suffered by Holmes Chapel residents and has worked for years alongside local hardworking and dedicated Councillors Les Gilbert and Andrew Kolker to press Council Officers to take steps to alleviate these; sadly no sustainable solution has yet been found, but she is determined to keep fighting for action to be taken to improve the situation for local residents.

Fiona is always a great supporter of the Transport Festival and of all the Friends of local stations who do so much to improve them in Alsager, Goostrey, Sandbach  and Congleton - the last one of which was pleased to help start up and pays tribute to Glen Williams, who has done so much to ensure its work is effective and ongoing.

Fiona has welcomed the allocation of a further £420 million of new money for local highways maintenance in the recent Budget.

This includes £4.6 million for Cheshire East.

Fiona has arranged for a Congleton Station Open Evening following the many concerns she has received from residents about local rail services over the past few months.

Fiona asks Minister about the reopening of Middlewich Railway Station

"Reopening Middlewich railway station to passengers is a matter of crucial importance to many of my constituents. What progress is being made on developing the business case for that?"

"Have your say at www.cheshireeast.gov.uk/middlewicheasternbypass"

Fiona Congratulates Friends of Goostrey Station on their recent award

Goostrey Railway Station recently won the Diversity Award recognising the volunteer work at the station and their partnership with Goostrey Community Primary School and other organisations in the village.

Fiona, who has campaigned for years for funding for a bypass in Middlewich, was delighted to welcome today the announcement by the Secretary of State for Transport of £46.8m funding towards a total cost of £56.9m for the Middlewich Eastern Bypass.

You can read the Government announcement in the PDF below.

Fiona welcomes the Government Proposals that utility companies will have to pay to rent lanes from Local Councils.

Following the recent General Election Fiona Bruce has spoken twice in the House of Commons and and recently met with new Roads Minister, Jesse Norman MP, to press for funding to build the Middlewich Bypass.

Fiona speaks about transport in Parliament