Fiona speaks about transport in Parliament 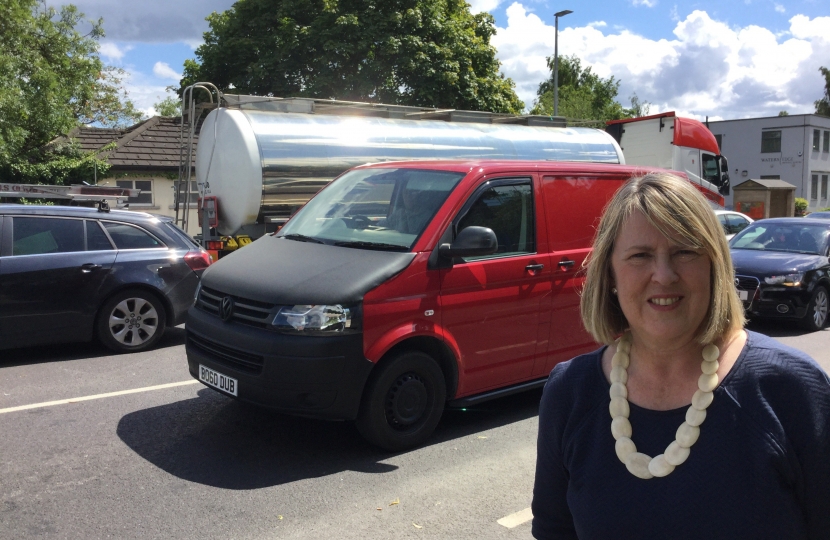 "I turn now to the many transport improvements in the area. Let me first set the record straight once and for all: it was local Conservatives—MP and councillors—who obtained money to improve junction 17 of the M6, and not any other party or person. I know, because I was there at the very first meeting of the Highways Authority when I requested funding to prevent future accidents—in particular, for the southbound exit of the M6, which, as I clearly identified to the Highways Authority, was becoming dangerous. Action was taken and funding was provided. Similarly, a Conservative MP working with a Conservative council obtained from a Conservative-led Government £46 million for the Congleton link road—one of the highest road grants under that Government—thereby reducing congestion, reducing air pollution, and opening up employment land for new and expanding businesses. Work will start next year, with a planned completion date of 2020.”

The same effective joint working resulted in £1.25 million being provided for the Middlewich eastern bypass business case. That extremely convincing business case showing wide economic and wellbeing benefits was produced by Cheshire East Council this spring. I need not go into further detail about that now, as I have spoken about it several times in this House. I am grateful to the roads Minister, my hon. Friend the Member for Hereford and South Herefordshire (Jesse Norman) for meeting me again this week and listening so carefully as I pressed for funding from the Government towards the construction costs of approximately £56 million. That would unlock employment land for up to 2,000 jobs and support the reopening of Middlewich railway station for passengers, linking it to a Crewe hub for HS2, which, in turn, would be a springboard for wholesale economic development and connectivity across the region.

Cheshire East Council, together with the Cheshire and Warrington local enterprise partnership, is working hard to ensure that the HS2 hub is built at Crewe, but to ensure that it realises its full economic potential we need at least five trains an hour from London to Crewe. My hon. Friend the Member for Blackpool North and Cleveleys (Paul Maynard), the Minister with responsibility for rail, is a good listener, and I am sure that he will take that on board, together with my oft-repeated request that the line to Middlewich be reopened to passengers. I thank him for agreeing to meet me and representatives from the mid Cheshire rail link campaign about the matter.

Ease of transport is essential for people’s wellbeing, and so Government funding has been provided to improve Cheshire East’s roads. No less than £92 million has been invested over the past five years to improve them radically, and they are now among the best in the country. On Monday 24 July, £1 million-worth of improvements in and around the pedestrianised areas of Congleton town centre will begin. Local councillors are delighted that Congleton has two new minibuses after obtaining £50,000 of national funding from the Department for Transport. A Conservative Government, working with a Conservative MP and Conservative councils at both county and town level, are delivering for our residents in real and tangible ways to improve their quality of life."