Improved palliative care – not assisted suicide – is the solution to human suffering at end of life, says Fiona Bruce MP 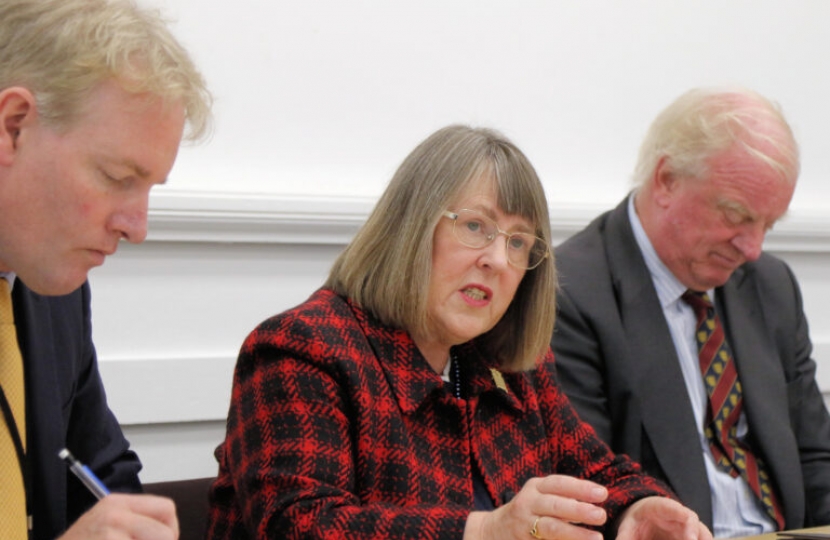 A Cheshire MP has called for greater investment in palliative care ahead of a debate on a Bill to permit assisted suicide.

Fiona Bruce, the Conservative MP for Congleton, said the existing prohibitions against assisted suicide and euthanasia were vital to protect the most vulnerable people in society.

She told a fringe meeting of the Conservative Party Conference that such people would be in grave danger of exploitation and abuse if the Assisted Dying Bill of Baroness Meacher passes into the law.

The Bill seeks to allow assisted suicide and will be debated by the House of Lords at Second Reading on October 22.

Mrs Bruce, pictured above, said: “Rather than assisted vulnerable people to commit suicide or administering euthanasia we should be looking to ensure palliative care provision and mental health treatment particularly for those who are depressed.

“We shouldn’t be seeing funding diverted from palliative care as has happened in other jurisdictions where assisted suicide has been allowed.

“More needs to be done here to support palliative care. Let’s keep our focus on that, and our laws should be to protect those who are vulnerable, depressed or disabled as well as all the other people in this country.”

She said: “Our laws prohibiting assisted suicide and euthanasia exist in this country to protect those who are sick, elderly, depressed or disabled from feeling obliged to end their lives.

“Our laws protect against exploitation and coercion and act as a powerful deterrent to would-be abusers.

“The law is an effective deterrent to those with malicious or self-interested motives. It protects against the abuse of disabled, sick, frail and elderly people.

“It is a situation which we want to remain. We have a culture here which is about caring and respecting people at the end of life and not killing them.

“We have to keep the protections which have stopped the terminally ill and the disabled from being treated differently from the rest of us.”

Mrs Bruce also criticised “superficial” opinion polls for presenting an inaccurate picture of the level of public support for assisted suicide and euthanasia.

“There are other polls just asking the public to consider what is at issue and things come out very differently,” she said. “We need to ensure that our MPs are similarly informed.”

The fringe event in Manchester was also addressed by Sir Edward Leigh, the MP for Gainsborough and a Catholic, who said a law on “assisted dying” would follow the same trajectory as the 1967 Abortion Act.

He said that any safeguards attached to the Meacher Bill will soon prove “absolutely worthless” and assisted suicide or euthanasia would eventually be practised routinely and effectively on demand.

Sir Edward, said: “I give you this prediction and I know I am right – within five years of this Bill being passed – when and if it is passed – there will be at least 200,000 thousand assisted deaths every year just as there are 200,000 abortions every year.

“I think there will be huge numbers. I see with abortions the doctors already bulk-sign documents. There are no controls whatsoever – any control you put on this is absolutely worthless.

“And what about feeling of guilt that will leave on doctors? What about the pressure on doctors to do this?”

He said: “It is particularly true that the essential campaign for abortion was often around hard cases. I stand by my prediction that although we will be told there will be all sorts of controls within five years it will signed off.”

He added: “This is not helping people to pass into another world in a reasonably dignified or pain-free way. It is deliberately killing them.”

The event, called “The Meaning of Life’s End – The Threat of Euthanasia”, was organised by the Cornerstone Group of Sir John Hayes, MP for South Holland and The Deepings.

The meeting was also addressed by Devizes MP Danny Kruger, the co-chair of the All Party Parliamentary Group for Dying Well who is leading the fight against the Meacher Bill in the Commons.

Mr Kruger told the meeting that the Meacher Bill represented a “profound challenge” for “our whole civilisation” because the laws and traditions threatened by assisted suicide and euthanasia formed a crucial “bulwark against tyranny and the absolute devastation of our society”.

He said it was an illusion to imagine that assisted suicide would offer patients greater choice at the end of their lives, arguing instead that it would put more control over life and death in the hands of others and impose a burden upon the elderly and the sick.

The Meacher Bill seeks to allow assisted suicide for terminally ill patients considered as having only six months left to live, with the consent of two doctors and a High Court judge.

Opponents argue, however, that such proposed safeguards are symbolic, unworkable and meaningless and will be removed over time, particularly as they are open to legal challenge on grounds of discrimination. They say the new law will serve principally as a beachhead for swingeing and incremental reforms that could lead to full euthanasia.