Fiona speaks in debate on Afghanistan 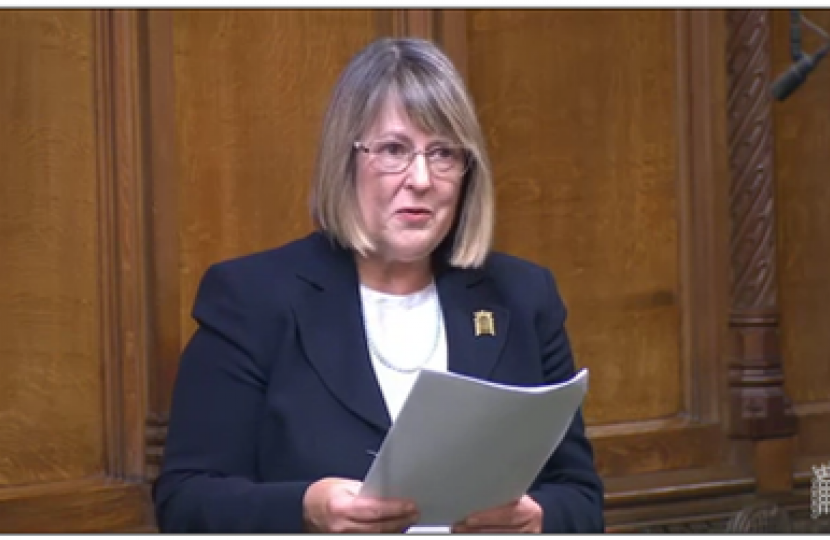 Parliament was recalled today to debate the situation in Afghanistan.

Fiona's speech from the debate can be read below:

"I thank the Government for proposing a bespoke refugee scheme focusing on the most vulnerable in Afghanistan. I am glad that, as the Home Secretary said today, it will include persecuted minorities—those who are persecuted simply on account of their religion or belief. That is absolutely in accord with our Government’s commitment to promoting and defending freedom of religion or belief for all as a key human rights priority.

As the Prime Minister’s special envoy on FORB, I welcome that, but I offer a word of caution. We have heard that the scheme will be similar to the Syrian vulnerable persons resettlement scheme, but for some minority groups who were targeted for their beliefs, including Yazidis, Christians and Shi’as, that scheme was not as effective as was intended. Those groups were disproportionately under-represented in refugee referrals to the UK—indeed, substantially so. One reason was that the scheme outsourced the selection of refugees to the UNHCR, whose vulnerability criteria did not include people who were being targeted for their faith. Another factor was that many, particularly Christians, were too afraid to enter the refugee camps where selection took place because they feared that within those camps, they would face the very persecution that they had experienced outside. I hope that we can learn from that.

Persecution in Afghanistan is extreme. As the US Commission on International Religious Freedom reports, groups such as Hindus, Christians and Sikhs remain endangered minorities. Many have fled the country, and many of their community leaders who remained have been killed. Yesterday, I spoke virtually with an Afghan Christian, and he confirmed that the Taliban are already knocking on doors in Kabul, requiring people to go to worship in the mosques and identifying those who refuse. Those so identified fear the worst for their lives. That is particularly true of publicly known faith leaders and house church leaders in local neighbourhoods. Their neighbours know them, and I am told that they fear being outed by their own neighbours.

“I want to ensure that as a nation we do everything possible to provide support to the most vulnerable”,

“The UK is…doing all it can to encourage other countries to help…we want to lead by example”.

That is right, which is why I have welcomed plans for the G7 virtual meeting next week. It is also why I have welcomed all that our Foreign Secretary has done, not only to initiate this but more widely to show international leadership on FORB. In May this year in London, at the Foreign and Development Ministers’ meeting, a communiqué was issued—I can only quote a fraction—confirming:

This is the moment to translate those words into action, and I am confident that under our presidency of the G7, our Foreign Secretary will have freedom of religion or belief at the forefront of his mind next week. It is also our opportunity to show the world the reality of the words in chapter 2 of our new immigration plan—to ensure support for those, such as persecuted Christians, who need emergency resettlement."