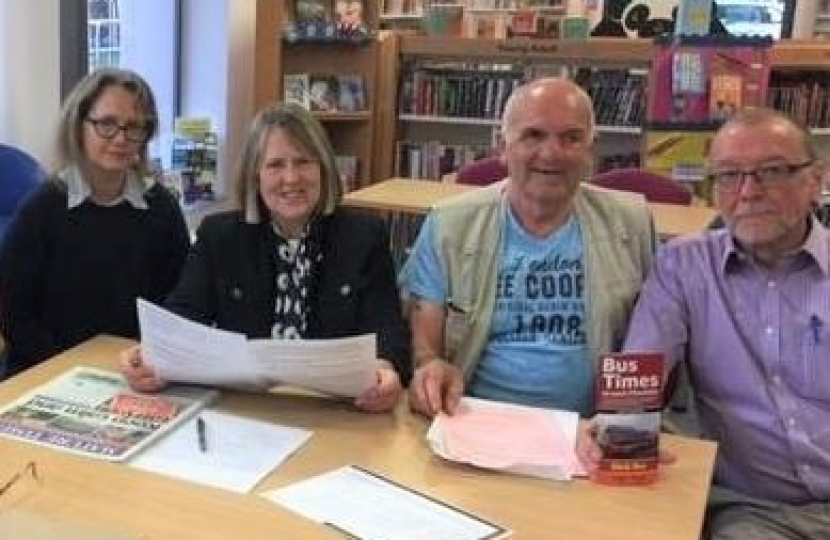 Fiona, speaking in the House of Commons, has called on Cheshire East Council to provide funds for the reinstatement of the No. 319’s Saturday service.

The No. 319 was saved in the last review by Cheshire East Council thanks to the campaign run by local residents, however the Saturday service was still cut. The service, which start in Sandbach and finishes in Twemlow Green, is an important route, connecting people in the smaller villages and rural areas with the large village of Holmes Chapel and town of Sandbach.

Speaking in the House of Commons, Fiona Bruce MP said:

“I do hope that Cheshire East Council will respond to the many calls I have had from constituents to make funding available for local buses. Campaigning residents have saved the No. 319 Goostrey to Holmes Chapel via Sandbach bus, but may I put in a plea on behalf of residents for the reinstatement of the Saturday service?”