Why is so much foreign aid being sent to Pakistan where the rights of women and girls are trampled on? 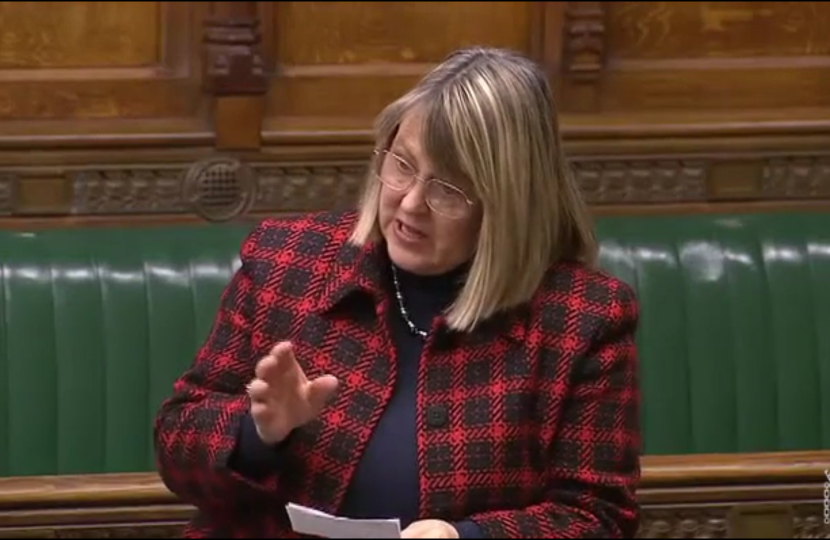 This is the question Fiona asked in a Westminster debate last Wednesday.

Should we really be paying a reported £383,000 per day in British taxpayers’ money by way of aid—that adds up to £2.8 billion over 20 years—to a country where the rights of so many women are trampled on, where the rights of minorities are ignored, and where there is no freedom of speech or belief, as enabled by Pakistan’s unacceptable blasphemy laws?” she asked.

She went on to draw attention to the case of Maira Shahbaz, aged 14, who is reported to have been abducted at gunpoint by three men from Madina Town, Pakistan, this year. Maira is one of a reported 1,000 young girls a year similarly taken and abused.

According to a charity, Aid to the Church in Need, Ms Shahbaz was filmed being raped, blackmailed, and forced to convert to Islam and marry one of her abductors. When the case was heard in court, a Lahore High Court judge determined that she should return to her abductor.

The 14-year-old escaped, but her abductor and his supporters have condemned her as an apostate and are knocking on doors asking for her whereabouts. Ms Shahbaz’s lawyers fear those extremists want to commit an honour killing and she and her family are in constant danger, unless they can leave Pakistan.

“That is all happening while the UK Government continue to pay millions of taxpayers’ money to Pakistan” Fiona concluded.

“We need to ask some really important questions. What is being done to protect these vulnerable minority women and girls? It is not a small issue—thousands of young women are affected. What challenges are our Government making to a judicial system that returns the abused to her abuser? Are the Government putting in place strategic plans to address the issue? To which projects does UK aid contribute to support these vulnerable women and girls? What effective challenges have been made by the UK Government against the utterly unjust blasphemy laws, so often cited to justify such atrocities? Why should such enormous amounts of money continue to be paid to a country that so blatantly fails to address such breaches in fundamental human rights?”

John Pontifex, Spokesman for Aid to the Church in Need, added:

“Here at Aid to the Church in Need, barely a week goes by without us being notified by our contacts in Pakistan about a case involving an under-age girl – a Christian or a Hindu – who has been abducted and who is forced to convert to Islam and marry a man much older than her. To marry a girl of 13 is surely an act of child abuse. And it adds insult to injury when a High Court upholds the assertion of the abductor that the victim is an adult in the face of indisputable evidence – a government-produced birth certificate no less – demonstrating that the individual is a minor. How a country treats its children is the acid test of its claim to be a civilised society. By routinely ignoring state legislation, Pakistan is giving the lie to any aspirations of equality before the law. Furthermore, the High Court is fuelling concerns that such legislation is nothing more than window-dressing for the West, ensuring the continuation of overseas aid from naïve governments. Enough is enough. If the courts won’t stand up for the rights of the child, the rights of the religious minorities, the rights of the poor, the rights of the under-dog, who will? It is paramount that the UK Government – itself the provider of so much overseas aid to Pakistan – demand that the Government of Pakistan intervene in the cause of truth and justice.”

A petition calling on Prime Minister Boris Johnson to grant UK asylum to Maira Shahbaz can be found here: www.acnuk.org/petition