"What is being done to address religious freedom abuses worldwide?" - Mervyn Thomas interview 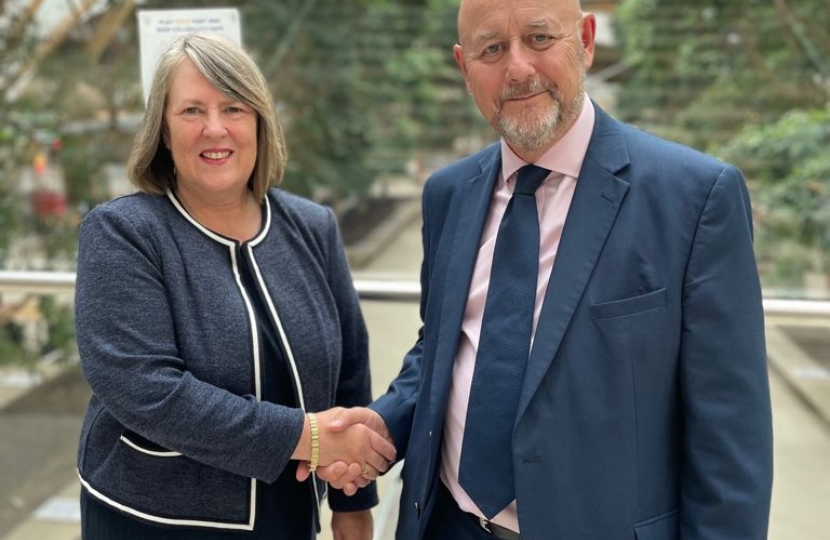 Speaking to Christian Today about his new role as chairman of the UK Freedom of Religion or Belief Forum (UKFF), Mervyn Thomas is challenging the UK Church to wake up to religious freedom abuses around the world.

Launched in 2020, the UKFF brings together over 70 civil society, faith, and human rights groups to promote Freedom of Religion or Belief (FoRB) globally.

It works closely with the Prime Minister's Special Envoy for FoRB, Fiona Bruce MP, to keep religious freedom on the government's agenda and before Parliament.

Thomas, Christian Solidarity Worldwide founder president and a veteran campaigner for global religious freedom for over 40 years, takes over as chairman from the Bishop of Truro, Philip Mounstephen.

He speaks to Christian Today about challenges to FoRB around the world and what is being done to address them.

CT: What in your view has the UKFF achieved for FoRB in its first year?

MT: The UKFF, under the visionary leadership of the Bishop of Truro, has successfully brought together over 70 NGOs from different faiths and beliefs to promote the important and often overlooked right to FoRB, as articulated in Article 18 of the United Nations Declaration of Human Rights.

It is the first time in this country that we have seen Christians, Jews, Muslims, Hindus, Sikhs, Bahai's, Humanists and others speaking up for one another, and there have been a number of advocacy letters signed by organisations from across the faith and belief spectrum, making them all the more powerful.

One of my favourite actions this year was to see my own organisation, CSW, coming together with Humanists International to draft a letter to the government regarding human rights abuses in Nigeria.

Although the majority of stakeholders are Christian, nevertheless the Steering Group is roughly 50 per cent Christian and 50 per cent other beliefs, which ensures the agenda remains balanced. In addition to these members there is also a representative of the influential All Party Parliamentary Group (APPG) for FoRB, thus ensuring the parliamentarians' voice is not overlooked.

As Fiona Bruce MP, the Prime Minister's Special Envoy for FoRB, attends each meeting, it gives stakeholders the chance to raise concerns with government, and gives her the opportunity to feedback action she has taken.

CT: What do you want the UKFF to achieve under your leadership?

MT: It's interesting because the first year of UKFF has been virtual and we have only had one in-person meeting. However, trust and respect has been built up by members of the Steering Group, and that has been reflected by the various stakeholders.

I would like to build on the excellent foundation that has been laid and harness the strength that comes from trust and mutual respect, in order to make a difference to members of marginalised religious and belief communities around the world.

With 84% of the world's population living in countries with high or very high restrictions on religious freedom we must ensure that the UKFF becomes an agent for change and not just a talking shop – this is a goal which I know is shared by Fiona Bruce.

The coming year is a very important year for FoRB in that the UK Government is hosting the FoRB Ministerial – previous Ministerials have seen around 100 Foreign Ministers from around the world coming together to focus on this fundamental right.

It is a great opportunity for the UK to establish its credentials as a global leader in championing FoRB in accordance with Recommendation Two of the Bishop of Truro's Independent Review. Around the main Ministerial event there will be what Fiona Bruce is calling the "FoRB Fringe". These will be a series of events, hosted by civil society and bringing together coalitions of various interested parties. The UKFF will play a large part in organising the FoRB Fringe.

CT: Where in the world do you have particular concerns about threats to FoRB?

MT: Where do I start? As I said earlier the problem is huge. We live in a world where there are atrocities taking place against religious minorities in, amongst other places, China, Myanmar and Eritrea.

Then of course the situation in Nigeria, which the FoRB APPG suggested in its recent report might be an unfolding genocide. Another emerging economic superpower, India, is also a hotbed for violence against religious minorities.

CT: The UK is not part of your group's international brief but there is some concern about the state of freedoms for Christians here too. To what extent is institutional political correctness threatening FoRB here in the UK in your view?

MT: You are right; this is not the brief of either the UKFF or my own organisation CSW, but I am sometimes asked about persecution in the UK. My answer quite simply is that there is no persecution here in the UK.

Persecution is a much-overused word, so let me give you the definition contained in the Rome Statute of the International Criminal Court: "The intentional and severe deprivation of fundamental rights contrary to international law by reason of the identity of the group or collectivity."

It is listed in Article 7 amongst other acts such as murder and enslavement to be considered "crimes against humanity" when "committed as part of a widespread or systematic attack directed against any civilian population, with knowledge of the attack".

Over the years in different parts of the world we often observe a progression towards persecution - in other words, it's doesn't just happen overnight. It will often begin with misinformation, or fake news concerning a religious minority, that fake news can often lead to discrimination towards that group, and in time if not dealt with, could well turn into persecution.

It could be argued that due to political correctness we are on a progression here in the UK, but quite honestly I don't believe FoRB is currently under threat.

CT: How thorough do you think the UK government has been in implementing the recommendations of Bishop Philip Mounstephen's 2019 report, which warned that the persecution of Christians in some countries was "at near genocide levels"?

MT: Well, firstly let me say I am thrilled the British Government is committed to fulfilling all 22 of the recommendations contained in the Bishop of Truro's Review. If you read both the conclusions and the recommendations, you will see that the purpose of the review is to place FoRB at the very heart of British Foreign Policy.

So, we have to recognise this is not a box ticking exercise, as most of the recommendations are ongoing and have to be carried through year on year until the very culture changes. In other words, it will be many years before we can say the review's recommendations have been fully followed through.

The appointment of a Prime Ministerial Envoy for FoRB is a great first step, and Fiona Bruce is doing a tremendous job in beginning to implement the review, but she will need to be constantly monitoring that ticked boxes are being continually followed through.

CT: How awake do you think the Church in Britain is to the importance of FoRB around the world?

MT: There is more awareness at a political level of the problems surrounding restrictions to the right of FoRB in the world today than there has been in the whole of my lifetime. Sadly however, I cannot say that awareness extends to the Church, because we're not hearing a lot of noise coming from that direction. Either they are unaware, or they are not taking their role of 'speaking up for those unable to speak for themselves' (Proverbs 31) very seriously.

I'm sad to say that I find large portions of the Church very inward looking and focussed on their various programmes. Don't get me wrong, I think it is vital to have teaching around evangelism, 21st century Christian living, discipleship etc, but there needs to be teaching on the subject of religious freedom abuses around the world and especially our response to that.

When there is any mention of these issues it is so often through the lens of Christian persecution and speaking up for other Christians. A favourite quotation is Galatians 6:10: "So then, while we have opportunity, let's do good to all people, and especially to those who are of the household of the faith."

Unfortunately, they often ignore the first part of the verse and focus on the second.

In response to the question 'who is my neighbour?', Jesus tells us in Luke 10 that our neighbour can often be those that are very different to ourselves. That's why we in CSW say that as Christians we stand with everyone facing injustice because of their religion or belief.

Every Christian has to make it their duty to stand up and speak out against injustice everywhere, because if we don't, who will?