"U.K. Could Be Leader and Partner to U.S. on International Religious Freedom" - Miles Windsor 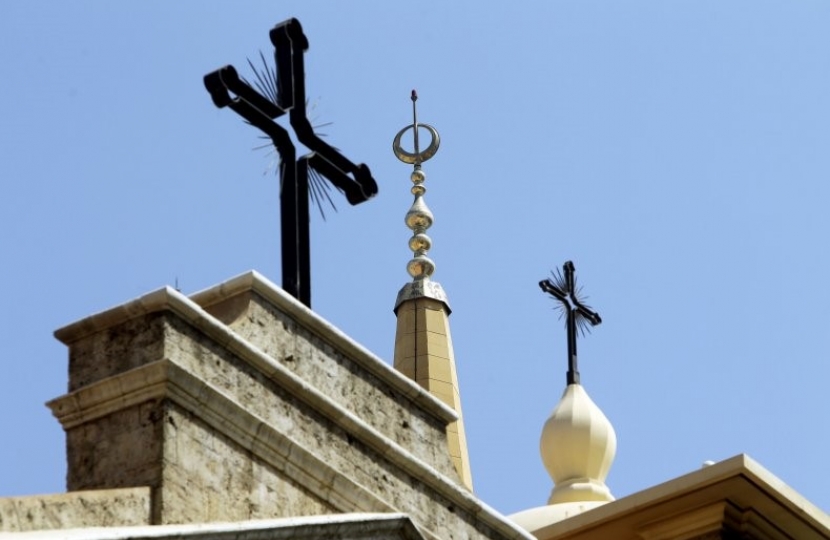 Miles P.J. Windsor serves as senior manager for strategy and campaigns with the Middle East Action Team at the Religious Freedom Institute. Miles has over a decade of experience in international affairs and religious freedom, focusing on the Middle East and North Africa. Miles' article for Newsweek is below:

"We all watched in utter dismay as the Taliban gained power in Afghanistan—all in a matter of days—undoing 20 years of diplomatic, financial, educational and military investment. Investment is too callous a term when considering the human cost of this nation-building effort—the long, long list of young servicemen and women who were killed in that field of conflict. In Iran, recently Ebrahim Raisi, a murderous human rights abuser, who made religious minorities a prime target while chief of the judiciary, was inaugurated as president of the Islamic Republic. Meanwhile, Lebanon, a comparative haven of religio-social harmony in the Middle East and host to vast quantities of refugees, continues to descend toward political and economic catastrophe.

We live in a world in which religion continues to be critical to dynamics in political, economic and military affairs. Intolerance toward religious groups affects pluralism and stability. It is a poison, not just polluting far-off, tumultuous nations, but spreading and contaminating throughout the world. Religious freedom should matter to us because it has a very real impact on us. Western governments must be making every effort to advance religious freedom and challenge abuses of this fundamental human right. The U.S. government has shown unparalleled leadership on this cause for the past 25 years. However, the United Kingdom has steadily emerged as an important partner to the U.S. in this endeavor.

The past decade has seen a variety of U.K. developments in religious freedom. The appointment of a prime minister's special envoy for freedom of religion or belief (FoRB) represents one of the great forward strides. The position is presently held by Member of Parliament Fiona Bruce who is a proactive and thoughtful champion of religious freedom.

In 2019, the U.K. foreign secretary launched a review, led by the Bishop of Truro, into foreign office support for persecuted Christians around the world. This is itself remarkable in the context of Whitehall where religion and particularly Christianity is not a fashionable topic for conversation. Successive governments have committed to implementing all of the 22 recommendations from the subsequent report. While there is a distance to go before these recommendations are implemented fully and meaningfully, there is at least the commitment to do so, and the review into the implementation of the recommendations is coming up soon.

In 2020, the U.K. was one of the founding members of the International Freedom of Religion or Belief Alliance (IFRBA), a network of 32 countries around the world committed to collaborating for the advancement of FoRB.

The minaret of Sunni Muslim Mohammed al-Amin mosque is seen with the crosses on top of the main Christian Maronite Church of Saint Georges in downtown Beirut.JOSEPH EID/AFP VIA GETTY IMAGES

The U.K. has also committed to hosting the Ministerial to Advance Religious Freedom in 2022. This has been a massive event in the international diplomatic calendar since 2018. It was initially hosted by the U.S. State Department in Washington, D.C., and was one of the largest events of its kind ever hosted there. It is attended by a long list of government ministers from both FoRB defending and FoRB violating countries, the global plethora of civil society organizations (CSOs), as well as survivors of religious freedom violations. The ministerial is an important platform for ideas, commitments and positive statements, as well as discreet diplomacy.

If you would have told me 10 years ago that the future of U.K. government religious freedom engagement would look like this, I would have been surprised and delighted. However, the question at this point cannot be "Haven't we done well?" but instead must be, "Where do we go from here?"

There are many countries in which the U.K. could leverage its influence to dislodge broken policies and attitudes, and empower those nations and their citizens. However, there are threats to U.K. engagement and leadership emanating from within the corridors of Whitehall. For the U.K. government to continue to wield its soft power and influence around the world, they need diplomats who "do religion." Policy must be shaped by those who understand the centrality of religious identity in geopolitical dynamics throughout most of the world. Civil servants should be trained to connect the dots between religious pluralism, international security and regional economic stability. And they must be taught the value of defending and promoting foundational human rights, including religious freedom, regardless of their own beliefs because doing so is right and good for humanity and their country's own strategic objectives.

The timing, resourcing and publicity for the U.K. ministerial will be a fascinating indicator of the true attitudes of senior government ministers and civil servants. A more immediate and troubling sign of the interest and competence of bureaucrats is the U.K.'s failure to identify religion as an indicator for vulnerability as Islamist extremists established a new reign of terror in Afghanistan.

It is not just the U.K. government that needs to ask the question of how to progress and achieve more. If U.K. CSOs expect government action, they must improve the way we operate. Photos with even more MPs in front of banners does not constitute an achievement. Another devastating report published is as likely to drive change as the last devastating report. Political engagement and research publication are entirely legitimate activities if they are part of broader strategies geared toward real change. CSOs also must adopt new methods to enhance the quantity and quality of data because already reluctant government officials have a reasonable excuse if the information they are presented with is incomplete or unreliable.

The religious freedom space encompasses some phenomenal talent and experience, and there are some amazing opportunities to win real victories for the oppressed. However, we need to set even more ambitious targets. We need to identify new and effective strategies together. And we need to renew our resolve. If we are going to stand a chance against the latest generation of tyranny, the U.K. can and must lead the way on religious freedom."