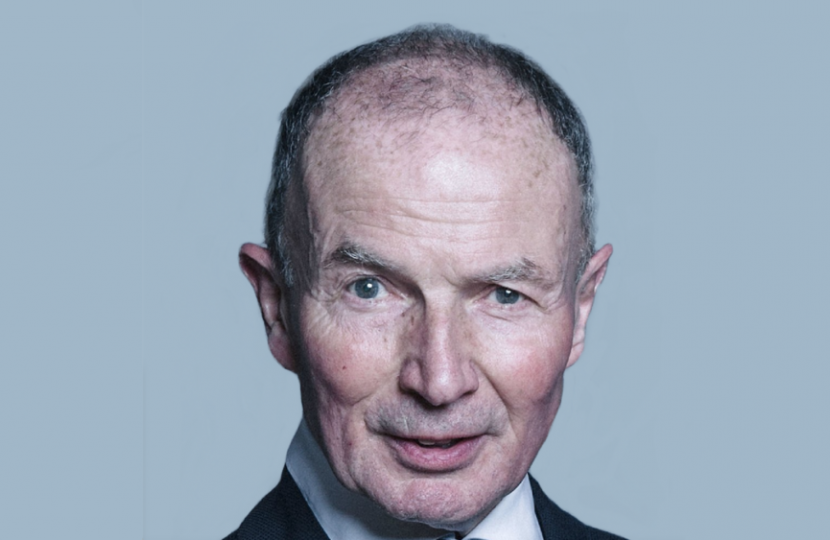 "I don’t like to kick the Government when they are down, but their determination to introduce no-fault divorce in these unprecedented times, when many couple relationships are already under intense pressure, is not just appallingly insensitive to the national mood but also deeply irresponsible.

Co-op Legal Services revealed earlier this week that divorce inquiries had jumped by more than 40 per cent during the lockdown. A similar surge in divorce was recorded in China and Italy.

To be sure, across the country stories are emerging of the difficulties of unrelieved time with spouses and children, when homeworking has to be juggled with home schooling and there’s no possibility of escape to the third space of gym or gin bar. But people are also rediscovering the importance of stable family life, that whilst relationships may be under significant pressure it’s about being the good enough parent, the good enough partner.

Yes, the madness and panic of Covid-world can seep under the front door, creating or exacerbating marital disharmony: one Manchester borough had a 76 per cent increase in referrals for help with relational conflict in April and in Dorset the police saw a 27 per cent increase in ‘domestic related incidents’ not meeting criminal thresholds. Dorset have recorded no increase in domestic abuse crime – the growth area is badly managed conflict.

Given that other areas are reporting similar Covid-related spikes in marital discord the appropriate government response should be to increase support to families through their Reducing Parental Conflict programme and Family Hubs: both are upping their game considerably in what is a social as well as a medical crisis.

Both the DWP’s Reducing Parental Conflict programme (see additional document) and Family Hubs (which the Government promised to champion in its 2019 manifesto have switched much of their offering online. Going forward there will be an emphasis on couple support in Family Hubs.

The very last thing they should be doing is changing the legal framework to enable partners to divorce unilaterally, thereby sending a strong and staggeringly unhelpful signal about the commitment of marriage. Research from countries which have done this, even in ‘normal’ times, reveals an immediate hike in divorce rates.

Given our already-fraying social fabric in these deeply non-normal times, the likely hike would be even higher and would come at the worst possible moment.

Research relied upon by the Government to make the case that no fault divorce will not increase the number of overall divorces is far more equivocal about this than they claim – the research is certain that divorce rates are affected but ‘uncertain that the effect is persistent.’

The Government have taken this to mean that ‘the increase in divorce is short-lived and doesn’t last because people who were going to divorce anyway simply divorced earlier’ but the data does not support this highly optimistic interpretation. Moreover the increase in divorce takes a decade to dissipate – in ‘normal times’ – and this could be because of the decrease in marriage (more accurate divorce rates are a percentage of married couples, not a percentage of the whole population)

Family-oriented countries like Italy have seen a 30% increase in divorce enquiries since the easing of lockdown with petty niggles and irritation cited as the driving force in many cases. Lawyers are urging couples to wait and see if their relationship repairs as normal routines resume and couples are no longer cooped up together.[i] Across this country our lawyers are seeing similar spikes of over 40% in the numbers seeking divorce advice.

Yet the Divorce, Dissolution and Separation Bill is coming into the Commons on Monday June 8, despite the concerted resistance to its ruthlessness mounted in the Lords.

This Bill would give us the fastest divorce in the world and zero legal opportunity for the partner who is being unilaterally left, to apply the handbrake. The Government was adamant that nothing would be on the face of the Bill to require them to

a) report to Parliament with annual statistics of the effect on divorce and marriage rates;

c) ensure the responding party has the full 20 weeks ‘reflection period’ before the conditional order is given that the applicant has.

The Government is singing a siren song to all couples tempted by the relational short-termism it represents. They argue that this change drains the conflict out of the divorce process by removing the need to cite any reason for irreconcilable breakdown. But this completely ignores the fact that the enduring conflict flares up over money and children issues which are dealt with separately.

I agree that it is highly unpleasant to read about one’s alleged unreasonable behaviour on a divorce petition and that someone can in effect be unilaterally divorced by their spouse citing a fault which may actually be a fiction. However this Bill is worse than the illness it claims to cure in terms of its effect on the wider social fabric.

The research relied upon by the Government is itself clear that

a) the marriage rate declined by about 3 to 4 percent following the adoption of unilateral divorce laws.’[ii]

They claim to be evidence-based but in reality they rely heavily on a single research report which was not properly peer-reviewed: the researchers involved were from the school of thought that changing law doesn’t change behaviour, that legal change is only a response to underlying cultural shifts and never an independent cause.

The Government state that the influential research report was ‘peer-reviewed at application stage and scrutinised throughout by an expert advisory group, and the final report was reviewed by a senior academic and two members of the Nuffield research team’. However, all of those involved with the project were from the same school of thought described above, there were no critical dissenting voices who could have improved the use of the evidence which was very selective. No mention was made of the effects on marriage and re-marriage rates for example. No ‘blind’ peer-reviewed journal articles have been published of this study.

The Nuffield research team produced research in the 1980s which led to the Law Commission to call for no-fault divorce in 1990 so it looks very much as if the conclusion was determined from the outset of the project.

But this view clashes both with economic theory and on-the-ground research.

I am simply referring to the idea that the various ‘costs’, are lower for individuals initiating divorce in a no-fault world.[iv]

a) There would be no need to bargain (‘how do we go about this? Do we wait for 2 years/5 years, do you claim irretrievable breakdown on certain grounds or do I?) – having no choice about the divorce is a bad way to start a process that will soon move onto children and money, where the real bulk of the conflict comes in and the ability to bargain is important;

b) applying online and simply stating ‘it’s over’ means there is no hurdle at all;

d) there are not even costs for legal advice at this stage – given that some, perhaps most, lawyers ask the difficult questions such as ‘have you tried counselling’ the divorce could be well under way before questions like this have been asked.

I understand that for academic and practising lawyers the priority is to reduce the cost of divorce in the broadest sense of the word, which includes the pain of it.

However as parliamentarians we cannot afford to be wholly focused on one small subsection of society – the divorcing population – without looking at the wider social context.

Again, the research relied upon by the Government is itself clear that

a) the marriage rate declined by about 3 to 4 percent following the adoption of unilateral divorce laws.’[v]

Throughout the Lords debates the lead researcher attacked the Bill’s opponents on the grounds that they were ideologically motivated and accused ‘evangelical/Christian right organisations’ of trying to ‘hijack the debate.’ As one of those opponents I would say we were simply trying to have a debate – that is what the scrutiny chamber is there for.

This Bill should still be in that scrutiny chamber: it was rushed through its Third Reading when most peers were unable to attend due to Covid restrictions. But this is consistent with the questionable consultation process which ignored the 83 per cent of respondents who wanted to retain the right for an individual to contest a divorce and the 80 per cent  who dismissed the idea of one person simply being able to go online and notify the courts that the marriage was over.

The Government must know it will have a fight on its hands - perhaps that’s why they are giving MPs almost no notice of the legislation. But they should be much more concerned about the fight many wives, husbands and civil partners are waging to keep their families together in the face of enormous pressure.

They need to recognise that this Bill dismantles the meaning of commitments people made to each other in gentler times. It’s not about forcing spouses to stay with abusers, it’s about keeping the protective fence around save-able marriages intact, instead of knocking a hole in it with the destabilising influence no-fault divorce exerts.

Why is this? The researchers state that unilateral divorce fundamentally alters the basis of the marriage contract. It removes the ability to promise not to leave one’s spouse in the future and shifts the right to divorce (and hence bargaining power) from the party most interested in preserving the marriage to the person who most wants out of the marriage.

As Wolfers says, ‘the benefits of marriage (tying your spouse to a contract) are reduced in a no-fault world’. This is particularly the case for the weaker party in the marriage. As no-fault divorce is often initiated unilaterally, the weaker financial party will be most at risk because they will likely have more to lose from exiting the marriage.[vii]

More family breakdown will mean more children growing up with Adverse  Childhood Experiences including father absence and parental separation, greater likelihood of poverty and the many ongoing adversities that flow from these."

Fiona's Speaks In Debate on the Divcorce Bill