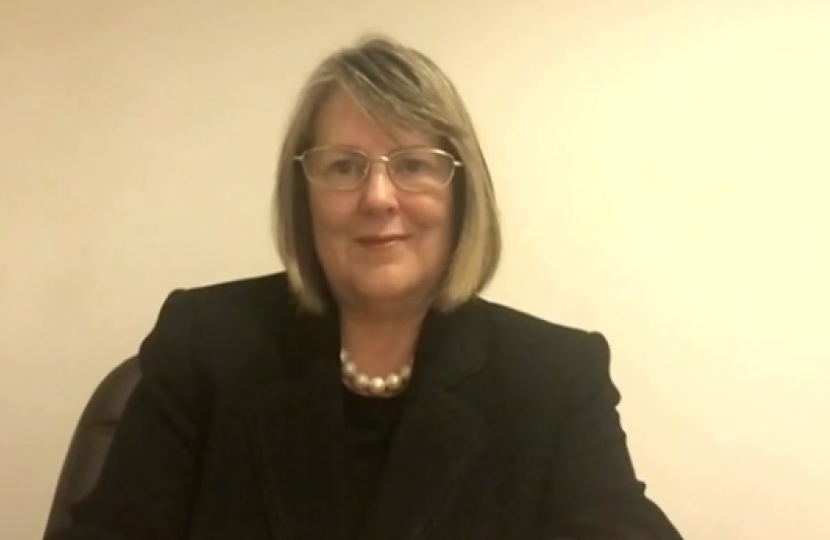 Fiona Bruce MP spoke in the House of Commons yesterday evening in tribute to HRH The Prince Philip, Duke of Edinburgh as follows:

"On behalf of the residents of Congleton, I pay tribute to and give thanks for the life of dedicated service of His Royal Highness the Prince Philip, Duke of Edinburgh, and convey our sincerest sympathy to Her Majesty the Queen and the royal family. I hope and trust that the Queen’s deep faith in Christ, which she has publicly referred to many times, will be of great comfort at this time.

Although less publicly expressed by the late Duke, many who knew him have testified to the depth of his faith also. Indeed, although he is often described as a man of action, it is less well known that he was also very much a thinker, with a theologically inquiring mind. He invested time to understand, discuss and reflect on matters of faith. He founded St George’s House at Windsor, a conference centre where clergy and lay people gather to discuss and explore issues. The theme of their first meeting in 1966 was: “The role of the Church in society today.”

Prince Philip authored or collaborated on a number of books, three of them notably about matters of faith. The first, published in 1984, was an exchange of letters between himself and the then Dean of Windsor, entitled “A Windsor Correspondence”, which considered a range of subjects, such as science and Christianity. In another book, “A Question of Balance”, the Duke concluded:“Religious conviction is the strongest and probably the only factor in sustaining the dignity and integrity of the individual.”

He proved himself ahead of his time with a third book, as its title, “Survival or Extinction: A Christian Attitude to the Environment” clearly conveys.

Prince Philip promoted interfaith dialogue long before its importance was widely recognised, as it is today. In 1986, he gathered leaders of a range of world faiths to consider with environmentalists how together they could work to better sustain the natural world. In 1995, he furthered this aim by founding the Alliance of Religions and Conservation.

In closing, and speaking as the Prime Minister’s Special Envoy for Freedom of Religion or Belief, I refer to the tribute from the Council of Christians and Jews, which expressed gratitude for Prince Philip’s contribution to strengthening relationships between those faiths and expressed confidence that for “those who work for reconciliation and cooperation between people of different faiths and communities. His legacy of quiet and faithful service will continue to be an inspiration to all."

The full tributes to HRH The Prince Philip from Members of Parliament across the House of Commons can be read here.