Fiona writes in ConservativeHome about Minimum Unit Pricing of Alcohol 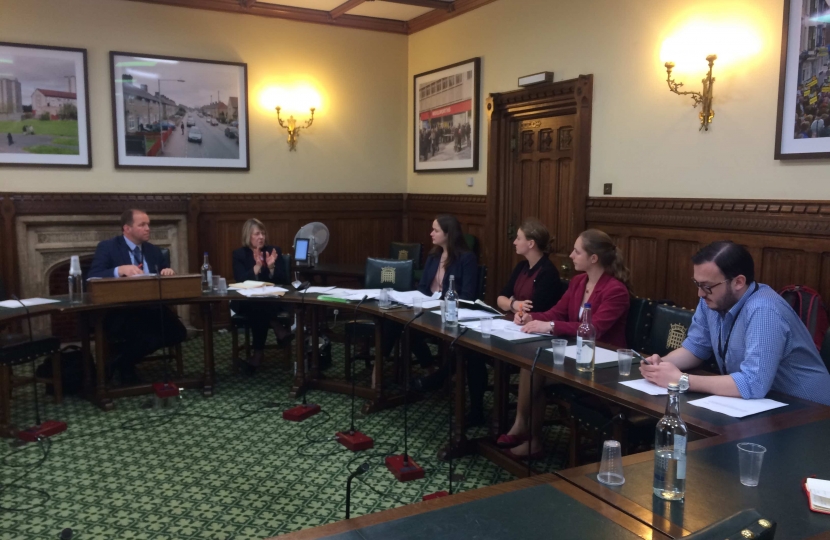 "Enjoying a drink with friends is a central part of many people’s social lives. Pubs are an important part of Britain’s culture, and are community assets across the country. We are also seeing a cultural shift in understanding what healthy drinking is – with increasing numbers of young people, in particular, choosing to drink more responsibly. It’s no longer taboo to recognise the damaging consequences of strong, cheap alcohol, on families and communities.

In England, more than 23,000 people die every year from alcohol-related causes, many of them coming from the poorest and most vulnerable sections of society. It is estimated that 222,000 children live in a household with a dependent drinker, and over one in three child deaths and serious injuries due to neglect are linked to parental drinking. That’s why the Government’s decision to provide £6 million to help support children of alcoholics is so welcome. It comes after a strong Parliamentary campaign for this and shows that Health Ministers are both listening and concerned about the impact of alcohol. It is involved in about a third of all domestic abuse cases reported, and two thirds of homeless people say alcohol or drug use was a reason for them becoming homeless.

Indeed, many young people who live on the streets or in hostels drink white cider, to disastrously damaging levels, as it contains a very high percentage of alcohol by volume and can be bought for pocket money prices. A bottle of strong white cider containing the equivalent of 20 shots of vodka can be bought for just £3.59. At this rate, you can pass the Chief Medical Officer’s recommended weekly limit of alcohol for the cost of a small coffee. So it’s right to welcome Government recognition of this as concerning through the Chancellor’s announcement in the last budget to review the tax on these dangerous products, so as to discourage young drinkers from harm. But more needs to be done.

Excessive alcohol consumption devastates families, and has a major impact on society in so many other ways, including on our economic productivity as a nation. In 2015, alcohol caused more years of life lost to our workforce than the ten most common cancers combined. Alcohol is estimated to cost the NHS £3.5 billion every year – enough to pay for the salaries of more than 117,000 nurses. Public Health England has estimated that, in total, alcohol harm could be costing the UK as much as £52 billion – a price we all pay as taxpayers.

One price is the horrendous numbers of alcohol-fuelled assaults on police, ambulance and other emergency services, and so I am pleased that the Government has – within the past few days –supported the passing through the House of Commons of the Assaults on Emergency Workers (Offences) Bill.

So Government is clearly listening and acting to address concerns about alcohol harm. But what more could it do?

There is no single silver bullet, but one solution was introduced this week by the Scottish Government: Minimum Unit Pricing (MUP).

What is MUP? It sets a minimum price, based on the amount of alcohol a drink contains, below which that drink cannot be sold. This increases the price of the cheapest, strongest products which are consumed by the most dependent and vulnerable drinkers, but crucially leaves most drink prices untouched, including those in pubs. Moderate drinkers will barely notice the difference, as nearly all the alcohol they buy is above the minimum price – in Scotland set at 50 pence per unit, equivalent to £1.15 for a pint.

The reason this is so important has been evidenced by the Government’s own review. Substantial research, overseen by Public Health England, clearly established that ‘policies that reduce the affordability of alcohol are the most effective, and cost-effective, approaches to prevention and health improvement.’

Both the Republic of Ireland and Wales are considering introducing MUP in mid-2018 and 2019 respectively. England should, too – and sooner rather than later."