Fiona takes part in debate on 'Children with Life-limiting Conditions' 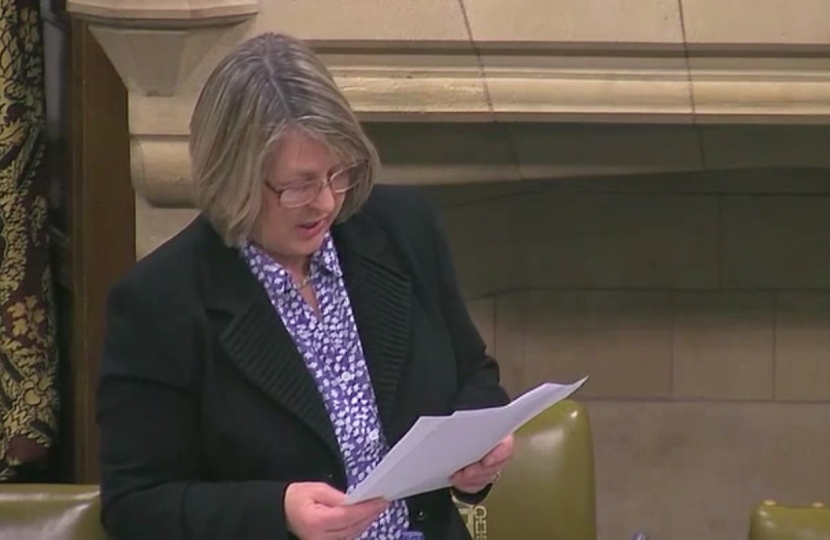 Speaking in the debate on 'Children with Life-Limiting Conditions', Fiona said:

"It is humbling to follow the hon. Member for Swansea East (Carolyn Harris). I want to put on record my respect for her campaigning on this and other issues, and for my constituency neighbour and hon. Friend the Member for Eddisbury (Antoinette Sandbach).

I commend the work of the Donna Louise Children’s Hospice in Stoke-on-Trent, which provides children’s and young people’s hospice services across Staffordshire and south-east Cheshire. It has written to me this week—given that time is short, I will pass the Minister a copy of the letter after the debate. It talks about the quality of palliative care as patchy:

“The way in which NHS CCGs and local authorities plan, fund and monitor children’s palliative care in hospitals, children’s hospices and the community represents”— as we have heard—​ “a postcode lottery. Staffordshire has no coherent plan and this is reflected in the poor financial support the Hospice receives from local commissioners. Donna Louise receives 8.9% of its income from the NHS”.

The hospice calls on the Government and NHS England “to consider appropriate mechanisms to bridge the children’s palliative care accountability gap.”

I want to spend most of my speech talking about an issue that I know is uncomfortable for some people to hear about. For that reason, I am delighted that you are in the Chair, Ms Dorries, because you have spoken about this issue on a number of occasions. Many families face a difficult decision when a child in the womb is diagnosed with a life-limiting or life-threatening condition. This is not a small issue: in 2017 there were a total of 3,314 ground E abortions on the grounds that the child was diagnosed with a substantial risk that, if born, they would suffer from physical or mental abnormalities, such as being seriously handicapped. Parents have to make really agonising decisions.

A few years ago, I held an inquiry in this place on the difficult situations that parents face when their child is diagnosed in this way and they have to consider an abortion. We took evidence from dozens of witnesses. Some had come under huge pressure to have an abortion, and the support they were given to consider keeping their baby was very limited. Many told us that they were steered towards an abortion, and they felt like the medical profession was irritated by them. Many felt like they were given no information on the support they might get; often the best information they got was through contacting charities, which could put them in touch with parents who were bringing up children—often very successfully. Those children brought great joy to their families, but the medical professionals did not give the families the information they needed to make a decision that was right for them. Some told us that all they received was a leaflet telling them how to have an abortion. The mothers who had kept their children, even if it was for a very short time, felt like they could grieve and care for their children in a way they had not been able to do otherwise. One mother had to have an abortion with her first baby and then decided she would keep the second, even though she knew the condition was life-limiting. She felt like there was a much better outcome for her and her family’s going through the grieving process.

The inquiry made a series of recommendations—I will pass a copy to the Minister because time is very short. I hope she will consider them and respond to me. Many people generally find this issue a very difficult one to address, as do—I am sorry to say—Ministers. Many of the recommendations in that report, which was published a few years ago, are still valid today. We recommended that guidelines for the medical profession should include training for obstetricians, foetal medicine specialists and midwives on the practical realities of the lives of children who have such conditions, so that they can better advise parents and give them better information when they make this difficult decision. One parent summarised what many others reported: “Guidelines and standards need to be set in place” so that all hospitals can meet a certain standard. Can the Minister assure me that she will look at our report and perhaps produce guidance to ensure that all mothers feel like they can make a genuinely informed decision ​when they are carrying a baby with a life-limiting condition? Does she agree that we ought to provide much better information, so that parents in such circumstances can make an informed choice?"