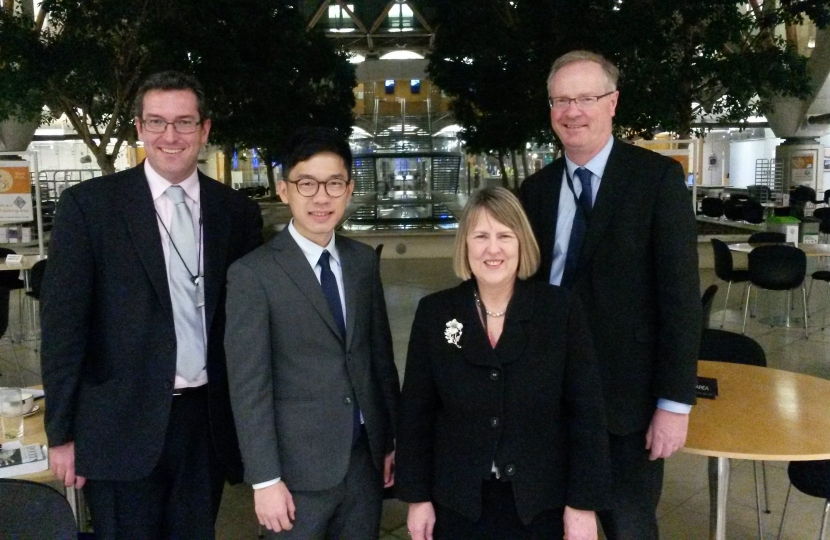 "That this House notes with concern the upcoming trial on 19 November 2018 of nine leaders of the Hong Kong Umbrella movement, including the co-founders of the Occupy Central campaign Professor Benny Tai Yiu-ting, Professor Chan Kin-man, and Reverend Chu Yiu-ming; is further concerned that they are facing vague and ambiguous charges with each carrying seven years’ imprisonment; condemns the use of common law charges apparently intended to intimidate and silence pro-democracy figures including conspiracy to commit public nuisance, incitement to public nuisance and to incitement to incite public nuisance; notes that more than 100 pro-democracy protesters have been charged, and many jailed, on the basis of common law charges which curtail freedom of expression and have been criticised by the United Nations Human Rights Committee; and urges the Government, in view of our commitments under the Sino-British Joint Declaration, to raise the issue with the Government of Hong Kong and consider further actions."

Professor Benny Tai Yiu-ting was one of the speakers hosted by Fiona at the Conservative Party Conference.