Fiona speaks at United Nations Commission on the Status of Women 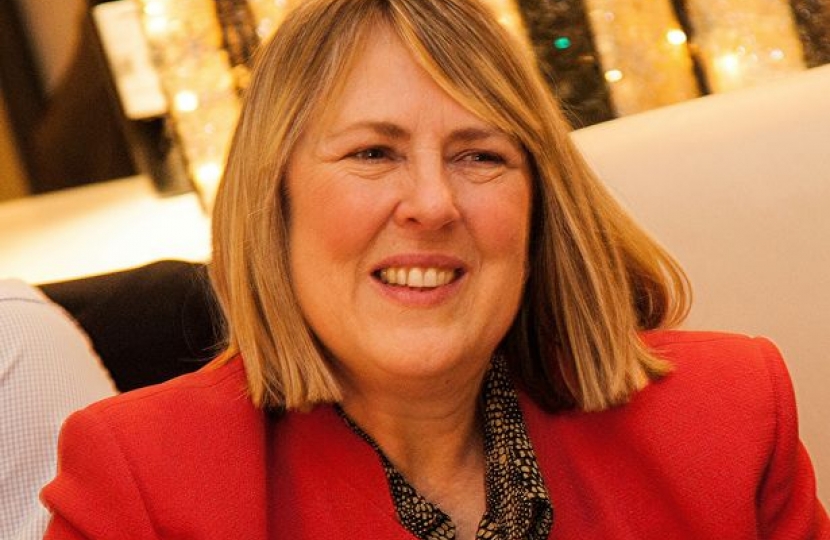 Last week Fiona was the keynote speaker at a United Nations Commission on the Status of Women event.

The UN Commission on the Status of Women is the biggest event on the global calendar on women’s rights and gender equality. The primary theme of the 2021 CSW was ‘women's full and effective participation and decision-making in public life, as well as the elimination of violence, for achieving gender equality and the empowerment of all women and girls’.

The event, titled Women in Decision Making Roles: A Faith Perspective, was attended by over 100 women from around the globe and was organised by the National Board of Catholic Women. Fiona's full speech from the event is below and can also be viewed here.

Fiona began her speech reflecting on her personal journey in both faith and politics,

"It is an honour for me to be a Member of the UK Parliament and to serve our Prime Minister as his Special Envoy for Freedom of Religion or Belief.

However, this is not what I expected to be doing in life when, at the age of 27, and when working in a rather depressing back office desk job, I became a Christian, and my life took a very different turn.

Although by then I had qualified as a lawyer, I had never done court work because, as I said, “I can’t do public speaking” (some who know me well would still say I’m learning in this respect – I don’t mind!).

So it came as an enormous surprise to me – and to my rather shocked husband! - when after I became a Christian and started seeking the Lord’s will for my life – rather than my own unfulfilling self-centered one – I felt a calling to politics and to try to become an MP!

I knew nothing about politics, I knew no one in politics, but gradually as the Lord led me, I got involved in campaigns to improve my local community – like stopping contaminated water repeatedly flooding people’s homes, I became a local Councillor for six years, whilst bringing up our two boys, and then tried – and failed! - several times to enter Parliament until eventually I was elected as an MP...twenty years after I first felt that calling to try to get involved politics.

That was ten years ago.

In Parliament, over the past decade, as well as serving the 80,000 constituents of my constituency, an area called Congleton in the North West of England, I have never hidden the fact that I am a Christian, and have sought to involve myself in issues which I believe are close to God’s heart in terms of making our society better – issues such as strengthening family life, UK aid, human rights, supporting prisoner's children, the sanctity and preciousness of every individual life from conception to natural end, challenging human trafficking and modern day slavery, and of course addressing the issue of freedom of religion or belief for all.

I was became a founder member and later Vice-Chair of the All-Party Parliamentary Group on Freedom of Religion or Belief, a group which has no less than 138 MPs from right across the political parties who are members of it."

Continuing her speech Fiona spoke about her recent appointment as the Prime Minister's Special Envoy for Freedom of Religion or Belief and the scale of persecution globally, saying,

"It was an honour last December to be asked by our Prime Minister, Boris Johnson MP, to become his Special Envoy for Freedom of Religion or Belief, a role I am still very much learning how to effectively fulfil.

Freedom of religion or belief for all means the right for every individual to live out their faiths or beliefs freely – whatever their religion, be it Muslim, Hindu, Sikh, Baha’i, Jehovah’s Witness, Christian or others, or indeed to be an Atheist.

“For the vast majority of the world’s inhabitants, faith is not only a primary marker of identity but a primary motivation for action.”

Not my words, but those in a review on persecution for the UK Foreign Office undertaken two years ago by the Bishop of Truro seeking to address and improve freedom of religion or belief across the world.

It is my daunting mandate as Envoy to oversee the full implementation of the detailed recommendations of the Truro Review.

Sadly, for many people across the world they cannot freely live out their faith or beliefs, and what is truly concerning is that the scale of this problem is largely unrecognised – for no less than 83% of the world’s population live in countries where their freedom of religion or belief is limited, and for many severely limited.

If you live in a country where freedom of religion or belief is not a reality, you may be discriminated against in terms of getting an education or a job, or owning property, or be prevented from getting healthcare or receiving aid, these last two being problems which have exacerbated as discrimination has sadly increased during the covid pandemic.

Your church may be refused planning permission, or may be demolished. The constitution of your country may prohibit you from sharing your faith publicly, at risk of imprisonment.

If you are a woman, you may be forcibly married, raped, sold into sexual slavery, or have your unborn child forcibly aborted.

You may be imprisoned for bravely refusing to renounce your faith, you may be horribly tortured, you may even be executed.

As our Prime Minister has said in the House of Commons, “Wherever freedom of belief is under attack, other human rights are under attack as well.”

And all of this is happening today to countless numbers of people of many faiths or none right around the world just because of what they believe."

Fiona also took the opportunity to speak about her Envoy role at the international level,

"A key part of my role as the Prime Minister’s Envoy is to work not just nationally but internationally to raise awareness of this and call and campaign for change.

And so, I am so pleased to have this opportunity to speak with you tonight knowing that you have joined us from many different countries.

Equally so I am delighted that another key part of my role is to work with an International Alliance of Envoys and other similarly appointed representatives from 32 countries – an organisation called the International Religious Freedom or Belief Alliance, based in Washington DC, USA.

Together we speak out and act internationally, to challenge and hopefully change, infringements of freedom or belief.

So last year the Alliance helped release prisoners of conscience and different faiths in two countries. We hope to do more.

As the Alliance has stated to the Human Rights Council “we strive for a world where respect for other people’s religion and spirituality can contribute to the promotion of the inherent dignity and worth of all.”

For me the essence of this work is based on respecting the value of every man, woman and child, as individually created by God – and not by accident – but each for a specific and good purpose.

One of my aspirations is in some modest way to inspire the next generation so grasp hold of how important championing this issue is for a better world tomorrow, just as young people have grasped the issue of climate change.

Having travelled to many countries across the world and heard firsthand of freedom of religion or belief abuses, such as those I referred to earlier, I want to state today my heartfelt compassion for all those who bravely make a stand and suffer for their beliefs.

You have my utmost respect.

My role as Envoy should always be placed at your service, wherever you are in the world, whatever your faith or none, for you to know your suffering is not forgotten, that you are not disregarded, that your situation has not been overlooked."

Concluding her speech, Fiona reflected on a number of lessons she has learnt throughout her time in politics,

"So, in closing what have I learnt from my own journey of faith in this somewhat strange world of politics that I now inhabit - and still frequently to my surprise!

I smiled only this morning when someone said to me “you're not really a politician, are you?”.

I have learnt a number of things during my political journey.

I have learnt that failure is not the end – indeed failure is there to be learnt from - I failed many times to enter Parliament.

What is more important than failure is perseverance.

I have also learnt that little of worth is achieved alone – it's about working with others.

I have learnt that there is no substitute for sheer hard work.

I have learnt that courtesy in politics costs you nothing.

I have learnt to always try to remember that we are here to serve.

And I have learnt that God can use very ordinary people like me – a girl stuck in a backroom desk job who struggled with public speaking – your potential to make a difference in your generation does not depend on where you were born or where you come from, not on your background, academic ability, status, looks or wealth – your potential is unlimited in God.

I hope in my role I can make a difference to the real lives of at least some of the people who are suffering as I have described, whatever their faiths or beliefs.

And I hope that my story has encouraged you that you can make a difference too."