Fiona Speaks Out for Cheshire Farmers 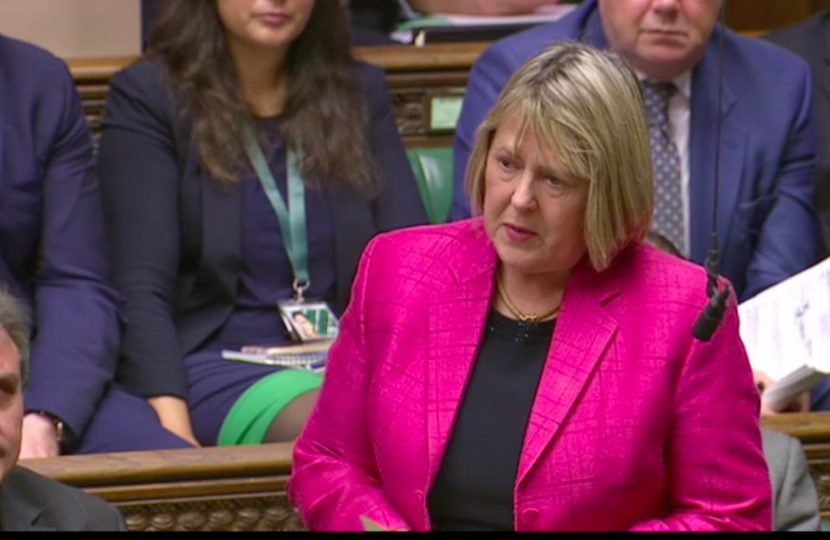 After her most recent meeting with Cheshire Farmers, Fiona Bruce drew attention in the House of Commons to pressures they are experiencing during the pandemic.

Speaking during a debate in the House of Commons, Fiona Bruce said

"I would like to highlight the impact of covid-19 on the mental health of farmers and their families. A recent study by the Farm Safety Foundation found that 88% of young farmers now rate mental health as the biggest problem faced by farmers today, up from 82% in 2018—this is a hidden problem. Cheshire agricultural chaplaincy has also seen a worrying marked rise in levels of poor mental health.

Financial concerns, exacerbated by the pandemic, and the stress induced by them have had a significant impact on the mental health of farmers. Food market destabilisation affecting goods such as potatoes, high-end meat and milk due to the collapse of the hospitality sector last year continues to have knock-on effects.

There are instances of farming businesses feeling pressurised by banks that are questioning their serviceability and removing overdraft facilities. This has placed severe stress on farmers.

With regard to social separation, lockdowns have exacerbated an already lonesome industry. Those who live and farm alone have been isolated from family and friends, as well as from the wider agricultural community, whose members normally meet regularly and encourage one another throughout the year, including at county shows or market sales.

For many, farming is an isolated existence, but in other farming families there can be up to three generations living on the same site. As with many walks of life, marital pressures have increased exponentially as a result of lockdowns, with the added pressures for many of home schooling. In some farming families, children have been kept at home for almost a year, as there is a real fear of them bringing covid-19 home and spreading it throughout the family. That is especially stressful for farmers, because the nature of their work means that if they or their other staff contract covid, taking sick leave is not an option.

The pandemic has also highlighted existing labour shortages for farmers, particularly in the light of ongoing concerns about the European labour market, aside from Brexit. Some workers come to farms for two or three months in a normal period, providing significant help for farmers, but due to the cost of obtaining a test to travel, the need for quarantining and the uncertainty about being able to return home if lockdown restrictions change, many workers have become wary of travelling to the UK, causing uncertainty for farmers.

These stresses facing the industry will extend long after the virus has gone, so the importance of providing support for farmers and those in the wider agricultural sector, and for those who support them, such as chaplaincies and the Royal Agricultural Benevolent Institution, has never been greater.

This week Fiona Bruce MP, the Prime Minister's Special Envoy for Freedom of Religion or Belief, was pleased to attend and speak at the Contemporary Martyrs Day webinar. The full event can be viewed here, and Fiona's specific contribution can be viewed here.