Fiona Speaks in Debate on Human Rights in Xinjiang 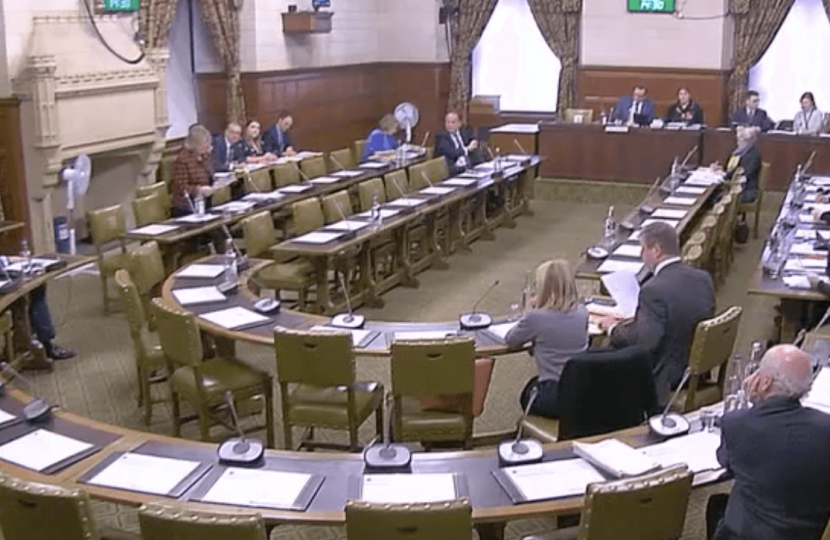 "It is a privilege to speak in this debate, and I thank the right hon. Member for Orkney and Shetland (Mr Carmichael) for securing it and for his speech, with which I very much concur.

Last week, as chair of the Conservative Party Human Rights Commission, I was able to meet a Uyghur Muslim who is now living in Washington DC and part of the NGO the Uyghur Entrepreneurs Network. He said that, about two years ago, Uyghurs who use Washington as a base—there are now about 3,000 of them—started reporting that relatives in China were disappearing. He says that, now, every Uyghur he meets there has a relative who has disappeared. Indeed, all of his own relatives have disappeared. The last one was his father, who sent a message to him saying, “Son, they have come for me.”

As we have heard, reports suggest that there are huge numbers—quite possibly more than 1 million—in the camps. People are often there for no reason at all. I am told that the difficulties experienced by Uyghur girls are such that they are even selected for Communist party officials to have relationships with them and used for bartering in exchange for their family’s freedom.

The religious dimension to the detentions is self-evident. Detainees are predominantly, although not exclusively, Muslim; they include people of Uyghur, Kazakh and Kyrgyz ethnicity. In this climate of fear, Uyghur Muslims have stopped public and communal religious observance. We have been told about the treatment of people once they are in the camps. Detainees have been not only forced to renounce their religion but forced, we understand, to eat pork or drink alcohol, in violation of their right to freedom of religion or belief. Conditions in the camps are extremely difficult, as we have heard.

The awful treatment extends even to children in the camps. Children as young as three can be detained, although sadly the children of those detained are often left to fend for themselves. We were told last week of ​one child who was found frozen—they had died when their parents were taken away. Children are often mistreated or sent to retraining centres. We have heard of children as young as six months old being locked up like farm animals in a shed.

Let me also draw the Minister’s attention to the concerns about DNA testing of Uyghurs, about which we have heard, and the potential that that might be being used for forced organ harvesting. I know that that is currently being investigated by the independent China tribunal, chaired by Sir Geoffrey Nice, QC. It would be interesting to hear the Minister’s comments on that.

Bob Fu, of China Aid, told us last week that the human rights violations in terms of religious persecution are at their worst for some 40 years in China. I am grateful to the UK, during the universal periodic review, for calling on China to implement the recommendations of the UN Committee on the Elimination of Racial Discrimination and to allow the UN to monitor the implementation. But the UK needs to do as much as it can to ensure international accountability for the human rights violations, so can the Minister say whether he will support the calls for the UK to work with others in the international community to establish an independent, impartial and comprehensive UN-led investigation and to work towards the establishment of a mechanism for accountability on this issue?

Let me also draw colleagues’ attention to concerns in America. In relation to what is said to be happening in China, the Washington Post says:

“It’s hard to read that as anything other than a declaration of genocidal intent.”

This month, members of Congress and the Senate introduced the Uyghur Human Rights Policy Act, which calls for the President to condemn the abuses, for the Secretary of State to co-ordinate closely with the traditional allies on targeted sanctions and restrictions, and for the appointment of a US special co-ordinator for the Uyghur autonomous region. It also calls on the private sector to conduct due diligence in dealings with China, and asks the FBI to track and take steps to hold accountable officials from China who harass, threaten or intimidate US citizens and legal permanent residents. I hope the Minister will join me in welcoming this action from the US and that he will co-ordinate with his counterparts there on this situation."