Fiona speaks against FGM in the House of Commons 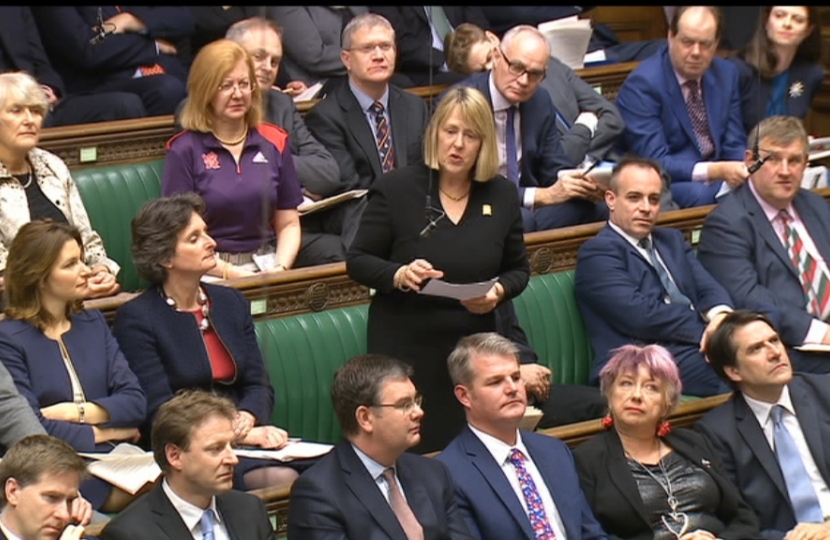 Fiona spoke in favour of an Amendment to the Children Act, which passed unopposed, imposing tougher penalties on those who put young girls at risk of Female Genital Mutilation.

Fiona’s speech is as follows:

“I rise briefly to support this much-needed amendment to the Children Act 1989. I will chiefly focus my remarks with reference to the sentencing remarks of Mrs Justice Whipple in the central criminal court on 8 March 2019, following the first successful conviction in the UK of the offence of FGM. I understand there is no appeal, so I am not contravening the sub judice rule.

The circumstances of this particular incident have been described as “barbaric” and “sickening,” and they were indeed that. A 37-year-old mother was found guilty of mutilating her three-year-old daughter, and by way of highlighting the gravity and horror of the offence, I hope colleagues will forgive me for some of the graphic description I will relate from the court remarks. The conviction led to an 11-year sentence. During the proceedings, the jury heard a recording of a 999 call in which the mother said that her daughter “had been trying to get some biscuits and had fallen on metal and the metal had ripped her private parts.”

This was a few hours after she had clearly been mutilated. Mrs Justice Whipple said that by the time the girl got to hospital, “she had lost a lot of blood, so much so that consideration was given to transfusing her.”

The consultant operated on her that evening. The next remarks are graphic, but they show the reality of the injuries on a child just three years old: “He observed three separate cutting injuries…one to the labia minora on the right side which was missing; one to the labia minora on the left side which was hanging by a sliver of skin; and one to the clitoris in a curvi-linear shape, with a clot formed beneath it which, when removed, caused the wound to bleed. In his view, there were three separate cuts each of which had been deliberately inflicted by a sharp instrument.”

The judge referred to those injuries having probably been inflicted by a knife, scissors or a scalpel. Four consultants, expert gynaecologists and paediatricians, separately agreed with the view that this must have been deliberately inflicted injury by a sharp instrument and that this must have been part of a joint plan—in other words, at least one other person was involved. The commission of this offence would have required the participation of more than one person. It is particularly offensive therefore that the offence was premeditated by the child’s mother, the person whom this three-year-old should have looked to most in the world for protection, and that it was carried out in her own home, where she should have felt safe. Who is to say how this will affect her ability to trust and form relationships in the future? As the judge said, there were physical consequences, but the “true significance” may become apparent only “in puberty or adulthood” when “she recognises that her body is different, and that may cause her embarrassment or inhibition in forming intimate relationships.”​

In other words, there is a “significant and lifelong burden” for this child to carry. Many colleagues have said that religious and cultural sensitivities should not be used in any way to justify FGM, and that of course is right. This was a terrible offence. I would go so far as to say that it was evil. It was interesting to note that in the evidence given to the police in a recorded interview this three-year-old referred to a “witch-lady”. Witchcraft objects were found in the home of the convicted individual by the police. This little three-year-old girl has been traumatically harmed, as was her nine-year-old brother, who witnessed his sister’s distress immediately after her injuries. They are both now in foster care, but after the event. It would have been far better if, under the Children Act 1989 as is now proposed, an order could have been made before to protect them from the risk of such gratuitous physical and psychological injuries.”

Fiona speaks regarding the Family in Queen's Speech debate