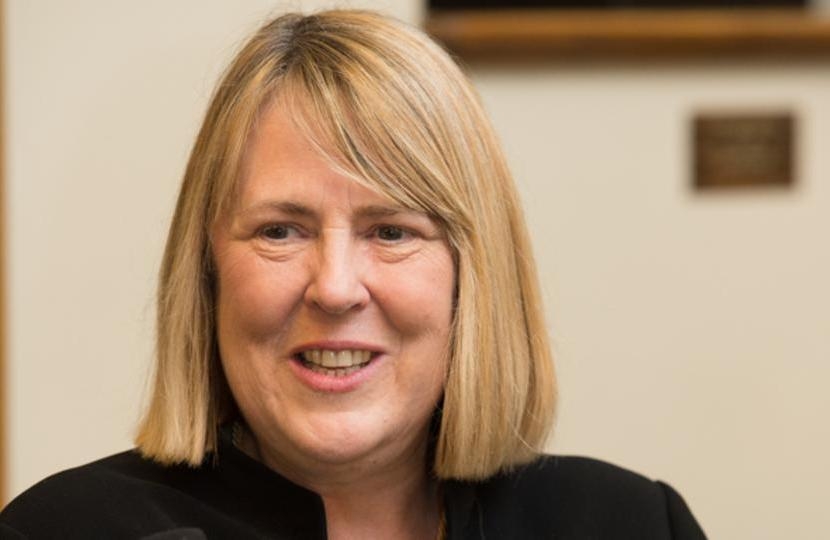 "Everyone wants to see our local communities and economy recover after the Coronavirus crisis. Plans to scrap the Sunday trading laws – to allow supermarkets and larger stores to trade all hours on Sundays rather than their current limited hours - would be exactly the wrong way to do this. That is why I have appealed directly to the Prime Minister on behalf of over fifty other Conservative MPs not to go ahead with any changes, temporary or permanent to Sunday Trading laws – something which I understand has recently been proposed in Ministerial discussions.

One of my core values, which I know is shared by so many in this constituency, is promoting stronger families and communities (see ‘I believe’ on my website - https://www.fionabruce.org.uk/i-believe). We have all had time to reflect during the outbreak about what is important and for many it has been about more time to spend with our families and forging better connections with our neighbours and communities. This is something to cherish, embrace and enhance.

Extending Sunday trading hours would have the opposite effect, handing family time to supermarkets, and putting more pressure on retail workers.  91% of shopworkers don’t want Sunday trading hours extended and sadly two-thirds of shopworkers feel under pressure from their employers to do this, a proportion that would surely increase if shop opening hours were extended. The people who work in shops are – and should be – recognised and thanked as such, as I always endeavour to do whenever I shop now – an important part of our joint battle in overcoming this pandemic. They work in every high street, town centre and retail park in the country, serving people and providing the social glue that makes our communities work. Many shopworkers are perplexed by suggestions they work even more hours, after everything they have done to feed the nation during the outbreak, many of them working long and inconvenient hours. Ignoring them at this time would be wrong, and would send the wrong message about how much we value them.

Small local shop owners really make a difference to our communities, like the butcher I bought my meat from in this constituency last Saturday who told me that throughout this pandemic he has quietly home-delivered meat to many vulnerable constituents. These entrepreneurs have invested in communities where often larger businesses won’t trade. But for independent businesses, these towns, villages and housing estates are more than their local market, they are the community that supports them, and that they in turn support. Never has this been clearer than in the past few weeks, as local shops have set up delivery services, especially for vulnerable customers, and battled to get supplies that have too often been diverted to the big stores. Independent small shop owners have been some of the most remarkable heroes of recent times. I know, having set up a high street business myself here in Cheshire that “small businesses live on the margins,” whilst adding so much value to local life. Transferring even more of their trade to multinationals operating out of town supermarkets will do nothing to help maintain and strengthen the community life we all value here so much.

It is also strange that these proposals have been made for no clear economic gain. Retail sales data from 2012, when Sunday trading laws were temporarily removed, were at best unremarkable despite the millions of additional international shoppers visiting for the Olympics. What we did see during that period was damage to small shops and the high streets they trade on because shoppers were diverted to big out of town stores and supermarkets.

This is why none of the seven substantive reports on high street revitalisation since 2011, by academics, industry leaders, Parliamentary Committees or others have called for a change to our current Sunday Trading laws. What is more, no one; supermarkets, non-food retailers, the hospitality industry, is leading the charge for action on extended trading hours, in fact most retailers – bar larger supermarkets – are still operating their business on reduced hours because of limited demand.

It’s therefore no surprise that almost two thirds of the public support the existing compromise, and in fact many that oppose would like to see tighter trading restrictions on Sundays. For the majority of the public, for shopworkers and small business, and most of all for families and communities, let’s Keep Sunday A Little Bit Special."