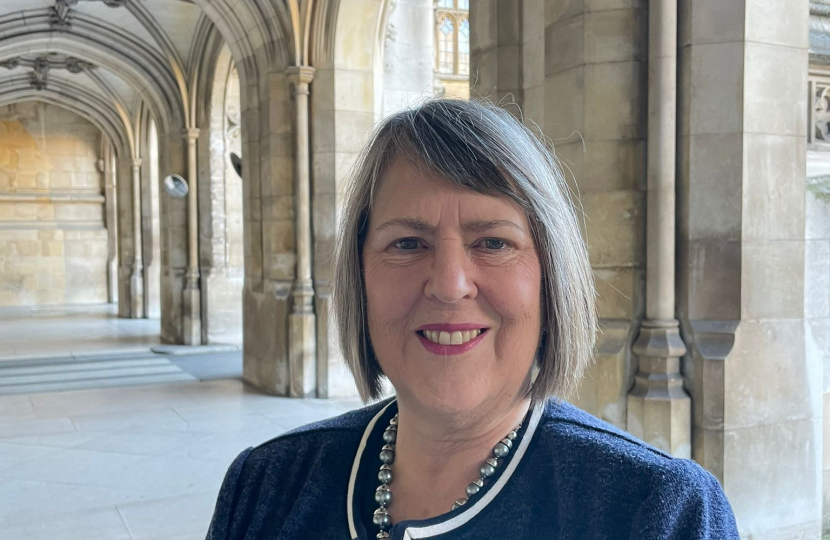 During the International Ministerial Conference on Freedom of Religion or Belief FIona was interviewed by the Catholic Herald. The full article can be read below.

Persecution of the faithful: the greatest story never told

Peninah was only 24-years-old when her husband Paul was murdered by Al-Shabaab terrorists in Kenya. Attackers with Kalashnikovs, lined the men up in the street and demanded they recite sections of the Koran. Paul was a Christian and they shot him.

In Afghanistan, the Taliban dragged Zabi’s 60-year-old Christian father away into the night. After days of imprisonment his interrogators beheaded him. A few months later, her brother also disappeared. He was never seen again.

These were just two of the cases highlighted at the British Government’s Freedom of Religion or Belief (FoRB) conference in London where UK Foreign Secretary Liz Truss called out religious persecution abuses in China, Hong Kong, Nigeria and Afghanistan.

Of the Russian war in Ukraine Truss told 700 delegates from 100 countries: “Churches, mosques and synagogues have all been destroyed. Religion is now collateral damage of war.”

As future historians will surely record it is dangerous to have faith – any faith – anywhere in the globe in the early part of the 21st century.

Persecution is on the rise with an estimated third of the world’s population experiencing religious oppression and while the dreadful plight of China’s Uighur Muslims in Xinjiang has, rightly, been well documented, Christian communities are arguably top of the persecution hit list.

The charity Open Doors compiles an annual World Watch List of offending countries and it reports persecution of Christians has reached a 30 year high in 2022 with over 300 million facing ‘very high’ or ‘extreme’ levels of oppression.

Christians killed for their faith rose from 4,761 last year to 5,898 so far in 2022 with Nigeria contributing to 80 per cent of reported murders mainly due to Islamist terror group Boko Haram’s merciless campaign.

Afghanistan is ranked as ‘dangerous and deadly’ and tops the World Watch List. After Taliban rule was restored last year Christian converts from Islam can only worship in secret. The men must either make a perilous attempt to flee the country or face being discovered in house to house searches and then executed.

Afghan Christian women and girls can be sold into slavery or prostitution or forced to marry a Muslim.

Number two on the Watch List is North Korea where outed, ‘secret’ Christians are sent to labour camps before execution, meanwhile ruler Kim Jong Un’s state controlled media portrays Christians as traitors and any form of missionary work is branded as terrorism.

Elsewhere in Asia sporadic violence against Christians and churches in Myanmar is on the rise. An army shell hit a Catholic church in May last year where 300 had taken shelter from fighting, killing and injuring dozens.

Three years after the Easter Sunday attacks that left 269 dead and injured more than 500, Sri Lanka’s Christian community is still waiting for justice while its Muslim community is reeling from the backlash that followed the bombings.

In India, Christian converts from a Hindu background are now the most persecuted religious group.

Qatar – host of this year’s football World Cup – used to tolerate Christians worshipping together in each other’s homes but none of these unofficial churches can operate now.

Meanwhile, on the other side of the world the regime in Cuba has intensified its campaign against Christians opposed to communist values.

As the Rt Revd Philip Mounstephen, Bishop of Truro, noted in his 2019 landmark Truro Report, the main impact on the survivors of Christian persecution is exodus.

This is especially true today in the Middle East where Christian roots go back furthest.

In Palestine, Christian numbers are below 1.5 percent; in Syria the Christian population has declined from 1.7 million in 2011 to below half a million now.

In Iraq, the so-called ‘cradle of civilisation’ and reputed birthplace of Abraham, Catholic Christian numbers have slumped from 1.5 million before 2003 to below 200,000 now.

As I reported in March for the Catholic Herald from Baghdad and Mosul – 12 months on from the Pope’s historic pilgrimage in 2021 – Chaldean communities are in even more peril today with some in towns like Qaraqosh facing extinction.

Conference delegate, Chaldean Archbishop of Erbil, the Most Reverend, Bashar Warda who told me: “The loss of a Christian presence in the Middle East has now become a profound problem for the whole world.”

“Fourteen hundred years of attrition against ancient religious groups has brought them to minority status. As attrition has accelerated over the last hundred years Christians and Yazidis still held on to their livelihoods and aspirations.

“However, the arrival of Islamic State terrorists, using 21st Century means of persecution, have taken these remnants to the brink.”

“We will continue to keep the flame of faith in Iraq, but once the journey of cultural purification has begun, there is no end””

Asked how important the London conference was in highlighting the persecution, the straight talking Archbishop added: “It’s nice. But we need more than words, there has to be follow up.”

“And where there’s any violence in the world against Christians, we need people to speak out.”

The 2019 Truro Report made 22 recommendations for a strengthened UK government response to the horrifying abuses and persecution of Christians and other faiths around the world which were accepted in full. The report called for sanctions against offending countries, such as China, and an immediate response to atrocities.

As the conference wrapped up I asked the UK Prime Minister’s Special Envoy for Freedom of Religion or Belief, Conservative MP Fiona Bruce, why the UK Government had been slow putting the recommendations into effect and others remained a work in progress.

“There’s a misunderstanding,” she said. “We said we’d review progress in three years and that’s happened. There’s some progress, but I admit there’s more to do.”

Ms Bruce added: “Persecution is a massive, massive global problem, tackling it is long term, it’s not going to be resolved overnight. We need to harness the goodwill that’s been brought together by this conference.”

She said the media had a role to play in getting the message across.

She’s right of course. The media can play a massive part in highlighting persecution, but as a jobbing journalist I’ve seen blood drain from the faces of mainstream media editors in London when I’ve pitched stories about the persecution of Christians in, say, the Middle East.

And it seems I’m not alone.

An op-ed piece in the Washington Post stated: “Persecution of Christians continues…but it rarely gets much attention in the Western media. Even many churchmen in the West turn a blind eye.”

And journalist John L Allen summed it up perfectly in The Spectator when he wrote: “the global war on Christians remains the greatest story never told.”