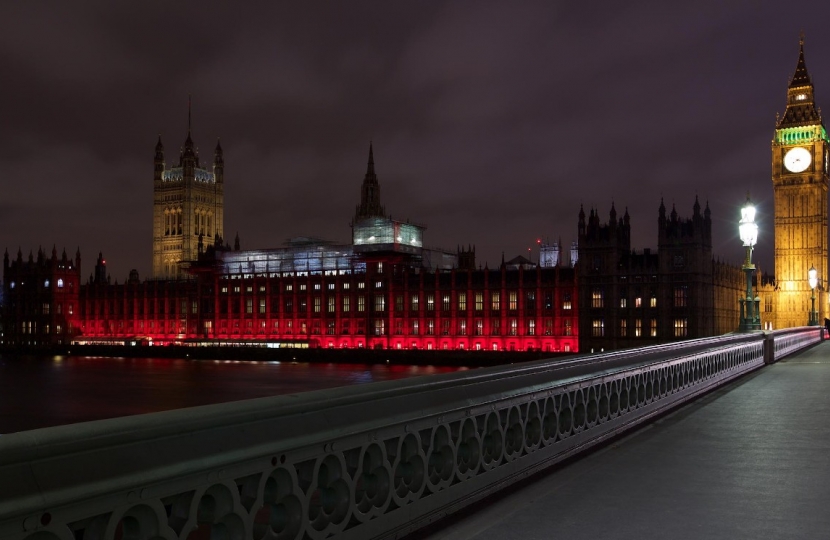 Fiona Bruce has tabled an Early Day Motion in Parliament to mark Red Wednesday, a day which aims to draw attention to the plight of those who are persecuted for their religion and beliefs.

The text of the Early Day Motion is below:

"That this House marks 25th November, the International Day for the Elimination of Violence Against Women and Girls and Red Wednesday, a day which highlights the plight of those who are persecuted for their religion and beliefs; notes that many already marginalised religious and belief communities have faced intensified discrimination since the outbreak of covid-19; expresses concern that some of these communities have been blamed for the virus and that this scapegoating has contributed to the reports of individuals being attacked, denied aid or otherwise prevented from accessing life-saving humanitarian interventions; further expresses concern that refugees, internally displaced people and prisoners of conscience are particularly vulnerable during the pandemic; condemns the use of the virus by China and other states as an excuse to further violate the rights of marginalised religious or belief communities; recognises that women from marginalised religious or belief communities face the above pressures but also encounter unique persecution and challenges due to their gender; expresses deep concern that these women have become much more vulnerable since the outbreak of covid-19 resulting in increased cases of domestic violence and kidnapping and forced marriage, as seen in the case of 14-year-old Maira Shahbaz and 13-year-old Arzoo Raja in Pakistan; and urges the UK Government and the international community to act to mitigate the impact that covid-19 has had on freedom of religion or belief globally and, in particular, on women and girls who are doubly discriminated against because of their gender and their beliefs."

Over the last five years the #RedWednesday campaign, organised by Aid to the Church in Need, has been hugely successful in drawing attention to the human rights tragedy of Christian and other religious persecution.

This afternoon to coincide with Red Wednesday, Aid to the Church in Need will release their latest Report, "Set Your Captives Free: A report on Christians unjustly detained for their faith," which considers in detail the false imprisonment of Christians, focusing in particular on four case studies from China, Eritrea, Nigeria and Pakistan.

The launch will be livestreamed from the Houses of Parliament at 4pm this afternoon, 25th November, accessible at the following link: https://www.crowdcast.io/e/set-your-captives-free--/register.