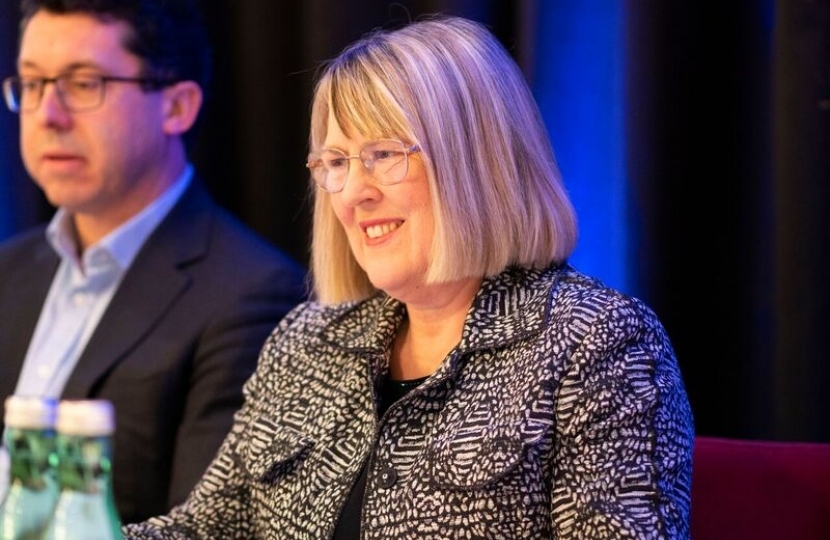 Currently the law permits the marriage or civil partnership of 16 and 17-year olds in England, Wales and Northern Ireland, as long as they have parental or judicial consent. In Scotland this consent is not needed.

However, in the same countries, teenagers are not considered adults, and cannot buy alcohol, until their 18th birthday.

The Bill would stop child marriage or civil partnership under the age of 18, and would also make it a punishable offence to pressure or try and make the decision on someone else’s behalf.

Pauline Latham, MP for Mid-Derbyshire, who introduced the Bill, described the purpose of it as “seeking to protect children from entering into marriages at a time when they are developmentally able to make such an important decision in their lives.”

The UK takes a leading role internationally as a force for ending child marriage, but back in 2017 Bangladesh accused the UK of being hypocritical for allowing marriages under the age of 18.

“Child marriage is a serious issue which the UK rightly tries to tackle around the world. But we also need to tackle it in our own country. At the tender age of 16 children are too young to make such a life changing decision. They are also too susceptible to outside pressures, and people making the decision for them. 18 is the recognised age of adulthood in this country, and so it should be the age at which people can decide to marry and make such a life changing commitment.”

Pauline Latham's speech, on introducing the Bill, is as follows:

"Madam Deputy Speaker, imagine that you are 16 years old, looking forward to your sixth-form education or going into an apprenticeship, and enjoying life, as 16-year-olds should, when all that comes to an abrupt end because your parents tell you that you are going to be married to a man you have never met who is more than 30 years old. You are taken out of school and unlikely to ever return. You are taken to choose your wedding dress and then later taken to the wedding ceremony. Many families, friends and acquaintances are there, but no one—from your teachers to the registrar—asks if you are happy with this. Why would they? A child has no rights, and the parents have given permission, so it is okay.

Anyone who watched the recent drama “Honour”, based on the true story of a girl who was married at 17 to an abusive husband against her will, will understand how shocking this can be. She divorced him, which shamed her family, and her father and other family members and friends killed her. Her sister was also married at 16 against her will to somebody much older than her in this country. She was abused by her husband and now campaigns against child marriage.

Jasvinder Sanghera from Derby set up Karma Nirvana over 25 years ago to provide help to young women, and some men, who have been forced to marry. It has helped thousands of girls over the years, but the sadness is that this charity is still needed. Jasvinder’s sister poured petrol over herself after her unhappy forced marriage and set light to herself in the streets of Derby. Jasvinder has campaigned over many years to stop forced marriage, and we now have a Bill. We need to go further, because so many people are coerced into marrying at 16, and they dare not say anything to the authorities because they are children and frightened. This is what happens to thousands of girls. It is not exclusively girls—some boys are married at this age too, but it is a minority.

Following the first Girl Summit in 2014, the Department for International Development allocated up to £39 million to support global efforts to prevent child marriages. By that proactive contribution, the UK recognised that child marriages result in early pregnancy, social isolation, interrupted or stopped education, limited career and vocational opportunities and a risk of increased domestic violence. Why are we allowing the marriage of children in this country when the recognised age of adulthood is 18? The Government have signed two international human rights conventions which demand that signatories end child marriage in their jurisdictions. We are violating those conventions and allowing child sex abuse.

The law allowing marriage with parental consent dates back to 1929, when parents were most concerned about property rights. Since then, our understanding of ​childhood and marriage has changed significantly. The United Kingdom now requires everyone to be in education or training until the age of 18, and then they are encouraged to pursue a university education. Social aspirations have increased, especially for girls and women. A 2012 YouGov poll on the ideal age of marriage found that only 2% thought that under 20 is the ideal age for marriage, and 49% considered 25 to 29 to be the ideal age. Many young people do not marry until after 30 these days.

Decreasing numbers take advantage of this opportunity every year, or at least those who are registered. In 2017, 43 men and 140 women were married under the age of 18, contrasting with 228 men and 3,486 women in 1929. There is an argument used by Ministers that numbers are so small that it is not worth the legislative time to make this change. However, preventing the harm to those who are married more than justifies the time and effort.

We must remember that many marriages happen outside Britain, and young women and some men are brought back to this country already married. The data underestimates the scale of the problem. Religious and cultural child marriages may not be reported, and the forced marriage unit cannot act where the child does not understand marriage or has been groomed to appear willing. The British legal system is respected and followed throughout the world. UK laws therefore have international consequences.

Let us consider Bangladesh. Having raised the legal age of marriage to 18, with no exceptions, Bangladesh introduced an exception in 2017 allowing girls younger than 18 to marry in special circumstances. One Bangladeshi Government official stated, “Child marriage is legal in the UK, so why shouldn’t it be allowed here?” According to Girls Not Brides, 59% of Bangladeshi girls are married before they are 18. Save the Children, in its “Global Childhood Report 2020”, estimates that half a million young girls are at risk of child marriage because of the economic impact of today’s pandemic.

The UK’s influence is more important than ever, and we should set a high standard. The current law fails to safeguard children in England and Wales, and it undermines the UK’s international efforts to prevent child marriage elsewhere. By abolishing the exception and criminalising child marriage, this Bill would remove an anachronism in marriage law and protect children worldwide, as well as the integrity of the institution of marriage.

We have young people staying in education and training, and they should not be leaving school, education and training to be married, so that they can never have an economic future of independence. They should not be having children too young, and they should not be forced into this situation. At 16, very few young people are ​able to fight against their parents; by the time they get to 18, there is much more opportunity because they can see a future of going off to university or further training and having some independence.

Apart from the pandemic, life is much better now than in 1929, and girls in particular have many more opportunities than young people brought up at that time. In 1929 there was nothing to do but to leave school at 14 and go to work, and the work was pretty menial for most girls. Life has changed, and girls can do anything they wish: they can become barristers or doctors; they can work and live abroad; they can travel. They have so many opportunities. They can even become MPs now, which is quite a relief. They will not be able to do any of those things if they miss out on education and training because they have left school to get married.

It is time this country came into the 21st century and changed it completely so that girls, and some boys, are protected while they are still children. We need to safeguard these children. We need to look after them and provide them with a future, which is what most of them want."