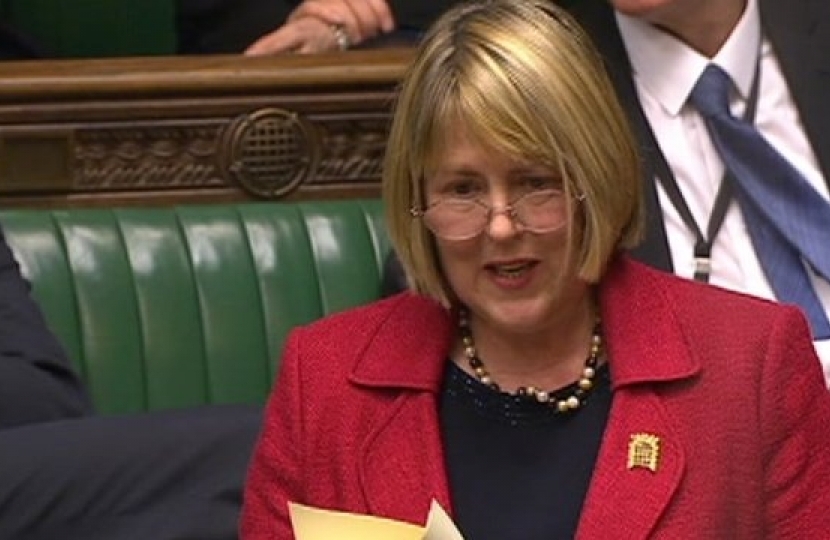 Fiona has spoken out in support of the Government’s landmark Domestic Abuse Bill debated in Parliament today, but raised a few concerns with some of the amendments attached to the bill. Her full contribution to the debate is as follows:

“There is significant research suggesting that there is a relationship between the consumption of pornography and sexist attitudes and sexually aggressive behaviours”.

The Minister has rightly said that the rough sex defence is unconscionable. In the light of recent survey evidence showing a clear link between rough sex and the influence of pornography, I tabled new clause 1, to ask the Government to investigate this further and to highlight the urgent need for action to be taken by Government to tackle pornography concerns more widely, such as addiction, and to protect children from seeing it and being forced to engage in it. In tabling new clause 1, I am seeking from the Minister—and I appreciate the fact that I have found a listening Minister during the progress of the Bill—an assurance that Government will take early steps to tackle concerns about harm from pornography, so that I do not have to press new clause 1 to a vote.

I cannot put the key objections to new clause 28 better than a response I obtained from a female GP. It is long but worth repeating. She says:

“I am very concerned about the proposed changes to new clause 28. It is extraordinary that it should be argued that a woman suffering or at risk of domestic abuse, seeking abortion ​should somehow be considered to be at less risk if she consults a doctor remotely by telemedicine and given abortifacients to take at home. Where is the opportunity to check with her, privately, that she is not being coerced or that she may be in danger, to examine her to determine her stage of pregnancy, to offer support and clear advice in a place of safety? As a medical practitioner working remotely, how can I reliably ensure she is at the stage of pregnancy she says she is, as the use of abortifacients used later than the 9 weeks 6 days limit carries greater risk of complications which I would be responsible for providing care for? And how can I provide assurance that this woman is suffering from domestic abuse unless it has been previously disclosed to me… These factors are virtually impossible to verify without a face to face consultation”.

"I commend the hon. Lady for all she does in this House on preserving life in every sense of the word. In a context where article 39 of the Istanbul convention highlights the need to counter coercive abortion, does she agree that the proposal to allow women in domestic abuse situations unique permanent access to medical abortion, without needing to leave their abusive environment for a physical consultation, is nothing if not seriously misplaced? That is why her amendments (a), (b) and (c) to new clause 28 are very appropriate."

"I will come on to that; I thank the hon. Gentleman for his contribution.

I want to quote someone who works regularly with victims of domestic abuse. She says:

“This proposal in reality is actually a gift to male abusers who want their partners to abort.”

New clause 28 will not help abused women. It could put them in a worse position, and it is dysfunctional. I tabled amendments (a), (b) and (c) to illustrate that fact. I want to thank the hon. Member for Belfast East (Gavin Robinson) and my right hon. Friends the Members for Basingstoke (Mrs Miller) and for Gainsborough (Sir Edward Leigh) for underlining and accepting that. Amendments (a) and (b) address the fact that there is no 10-week gestation limit, which is potentially dangerous, and that this potentially includes surgical abortions outside clinically approved settings, which is similarly concerning. Amendment (c) relates to the vital need for some sort of review of the current emergency legislation before any extension of the legislation is brought forward. I thank the Minister for her proposal of a consultation. Will she confirm that it will be a proper inquiry?"

"I emphasise that the Government are neutral on the very sensitive topic of abortion, but I hope that my hon. Friend and others across the House who hold a range of views—genuine views—on this topic will take comfort from the fact that the Government intend to launch a public consultation, as I outlined in my earlier intervention, and I thank her for her work."

"I thank the Minister for that. On that basis, I will not press amendment (c) to a vote, and nor will I press amendments (a) and (b), because they have achieved their purpose, which was to point out the flaws of new clause 28.

Mr Speaker has—quite rightly, for constitutional reasons—ruled new clause 29 as out of scope. This is a domestic abuse Bill; it should not be hijacked by those continuously campaigning on another issue and constantly looking for opportunities in this place to add badly worded amendments to Bills with unforeseen implications and complications.​

We have already seen the outcome of such an approach with the Northern Ireland (Executive Formation etc) Act 2019. This House should, I hope, be very wary of repeating that. I support the Government’s endeavours to tackle domestic abuse: let us ensure that that is the focus of this Bill."