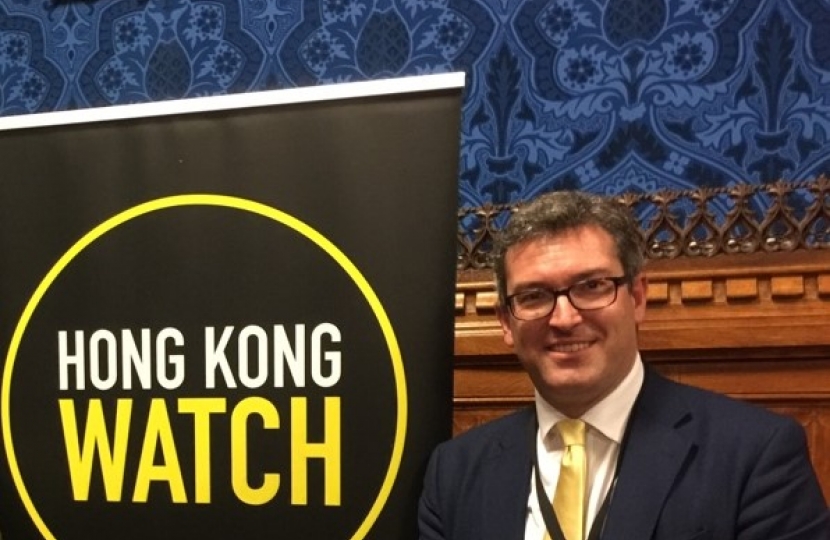 Benedict Rogers, Chair of Hong Kong Watch and Vice Chair of the Conservative Party Human Rights Commission, which Fiona chairs, has co-authored an op-ed with David Kilgour, former Canadian Secretary of State for Asia-Pacific and an International Patron of Hong Kong Watch. You can read it below:

Last Saturday Hong Kong police arrested 15 prominent democracy leaders on what prosecutors in most rule of law nations would term ‘stale charges’ of organizing and participating in three illegal assemblies last August and October. In Canada, for example, minor charges, such as these, must be laid within six months of the alleged offence.

The arrested included 81-year-old Martin Lee, founder of the Democratic party, who helped negotiate the Basic Law in 1984. Lee, often termed the “Father of Democracy” in Hong Kong, said after he was released on bail that he felt “proud to walk the road of democracy with the outstanding youths in Hong Kong”.

Pro-democracy lawmakers are convinced that the arrests are intended to silence democrats after Chinese officials told Hong Kong to enact national security legislation.

Veteran China watcher Johnny Lau said Beijing is trying to hit Hong Kong while the world is dealing with Covid-19. “In Xi Jinping’s eyes this is an opportunity to shuffle the cards and to assert its narrative…If the foreign countries turn a blind eye and fail to rein in [China’s power], they (will) also suffer.”

Lau might have added that the reason why the city has only 1010 virus-infected residents and four deaths (as of April 13) has much to do with the strike by thousands of its health workers in early February, demanding full closure of the border with the mainland. Chief Executive Carrie Lam finally agreed to a 14-day quarantine for anyone coming from the mainland. In contrast, New York City had on April 13 106,813 infected residents and 6,182 deaths.

Hong Kong was promised a “high degree of autonomy” for at least 50 years after China resumed control in 1997 under the Sino-British joint declaration. The city’s post-handover mini constitution, the Basic Law, bars the mainland government from interfering in Hong Kong affairs, and article 22 says that no department under the Chinese central and local governments “may interfere in the affairs which the Hong Kong special administrative region administers on its own in accordance with this law.”

Pro-democracy lawmakers accuse Beijing of “blatant intervention” and violation of article 22 after the HKMAO claimed some lawmakers were guilty of misconduct for delaying bills, failing to appoint a House committee chairman and filibustering. Beijing then declared that article 22 does not apply to the central government’s Liaison Office.

China law expert Jerome Cohen at New York University described China’s statement as “astounding and incendiary…If taken seriously, it collapses the whole one country, two systems edifice that was constructed over so many years since the joint declaration.”Michael Davis, a former law professor at the University of Hong Kong, said China’s aggressive language would “result in further pushback” from Hong Kong society. “This fear that Hong Kong’s autonomy will be lost, along with it the rule of law, is what has driven the many protests in Hong Kong and international concern.”

The UK Foreign and Commonwealth Office stressed that the right to peaceful protest was “protected in both the joint declaration and the Basic Law…It is essential that any protests are conducted peacefully, and that the authorities avoid actions that inflame tensions. The authorities should focus on rebuilding trust through a process of meaningful political dialogue.”

Chris Patten, the final governor of Hong Kong, said Beijing has taken “yet another step towards burying one-country, two-system” and the arrests show that “Beijing is determined to throttle Hong Kong…even at the cost of destroying Hong Kong’s way of life…It should be rejected immediately by all those governments and parliaments around the world who know the importance of safe-guarding the high degree of autonomy which is guaranteed by the Basic Law.”

Democracies around the world face a choice: to stay silent in the face of the demise of Hong Kong’s freedoms or to stand up for values we share with people like Martin Lee.

But Hong Kongers want more than just statements. They want action. This could include targeted Magnitsky-style sanctions by governments already equipped with such legislation – including Canada, Britain  and the United States – imposed on Chinese officials who are abusing the Basic Law, thereby forcing the imposition of asset freezes and travel bans on human rights abusers in Beijing and Hong Kong.