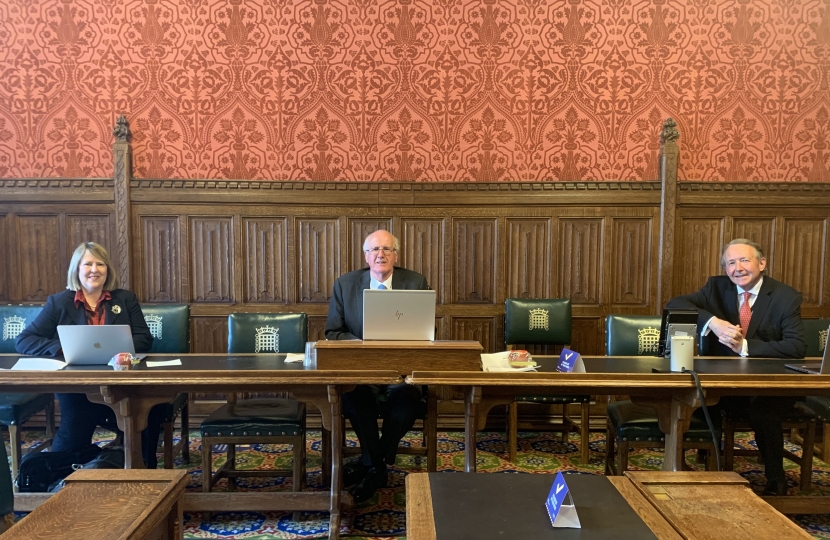 “I was in Nigeria in 2016 when it was clear that our Government was not sufficiently acting upon concerns expressed about atrocities perpetrated there, particularly on the grounds of peoples beliefs. Since then the position has much worsened with tens if not thousands of people suffering the most gross atrocities and a potential genocide ensuing. This is a very detailed Report, so detailed and with so many facts from a wide range of witnesses and evidence provided that it cannot be ignored and I other officers of the All Party Group are committed to ensuring that UK Government Ministers pay attention to this substantial Report and that the UK Government uses its international muscle to influence change in Nigeria and to put an end to these appalling atrocities and, as I say, this potential genocide. I particularly want to commend Leah Sharibu, the young girl taken by militants in Nigeria, forced to act as a sex slave but refusing to renounce her Christian faith when given the opportunity to do so to secure her release. She is a heroine, an example to us all, and it is right that this Report is dedicated to her, still in captivity as she is."

You can find the report here: https://appgfreedomofreligionorbelief.org/media/200615-Nigeria-Unfolding-Genocide-Report-of-the-APPG-for-FoRB.pdf