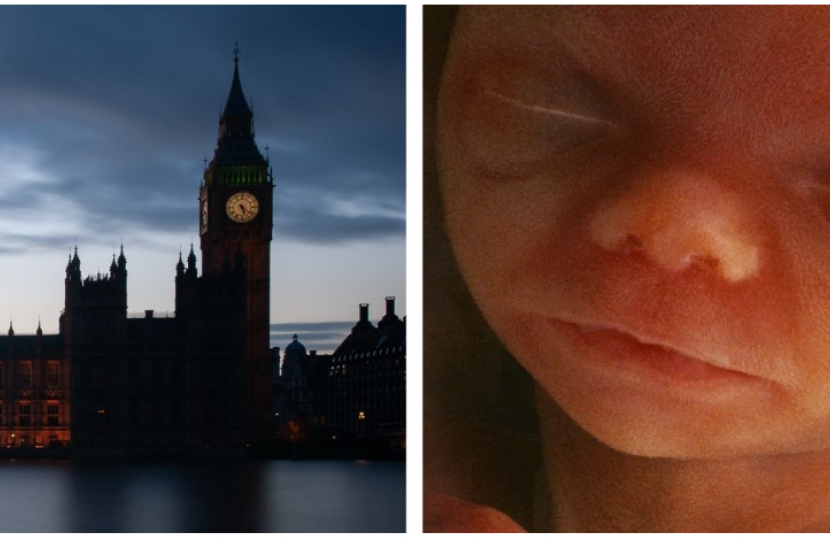 Since then, a staggering 9,563,907* unborn babies have lost their lives to abortion across England, Wales and Scotland — more than one death every three minutes; 20 lives ended every hour.

Almost 1 in 4 (24%) pregnancies in England and Wales now ends in abortion, according to the most recent Government statistics.

Despite conception rates falling for the eleventh year in a row, this is the highest figure since records began and represents a significant increase from 2012 when approximately 1 in 5 (20.7%) pregnancies ended in abortion.

The number of abortions in England & Wales reached an all-time high in 2019 at 209,519, while the number of terminations performed in Scotland was the third-highest on record at 13,583.

At 12:00pm yesterday, members from pro-life organisations across the country will take part in a live display in Parliament Square to commemorate the Abortion Act receiving Royal Assent. The event, organised by March for Life UK, will involve people ranging in age from 1 to 53, all dressed in black, standing around the edge of the square holding placards. Each placard will state the exact number of abortions which occurred during the year in which the holder was born.

“The UK’s abortion law is failing both women and unborn babies. It is a national tragedy that 9,563,907 lives have been lost since the passing of the 1967 Abortion Act, each one a valuable human being who was denied the right to life.

“Every one of these abortions represents a failure of our society to protect the lives of babies in the womb and a failure to offer full support to women with unplanned pregnancies.

“This year we’ve come together as a nation and made great sacrifices to protect the vulnerable from Covid-19. Sadly, at the very same time we  protected one group of vulnerable people, we as society have also ended thousands of young vulnerable lives through abortion.

“These ‘DIY’ home abortion schemes should be suspended immediately.”